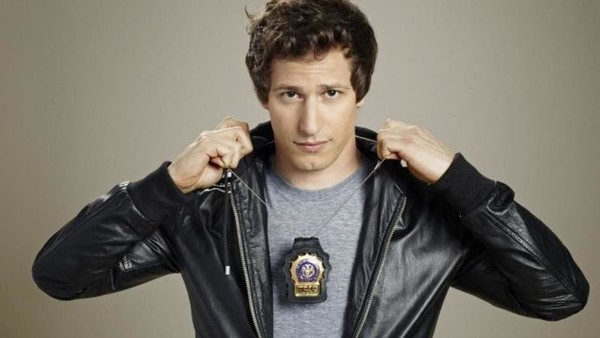 Welcome folks! We see you are a big Brooklyn nine-nine fan, and you need not mention our love for the goofy yet smartest detective Jake Peralta. In today’s article, we will tell you some of the most interesting traits about Jake and then we will treat you with the Jake Peralta quiz and test your knowledge to check how well you know him.

If one has to name for the best comedy series of the present time, there is no wonder that Brooklyn 99 will top the list. The first time aired in 2013, Brooklyn nine-nine became a fan favorite after a few episodes. The credit of its success goes to its unconventional and quirky detectives, who are not only best at solving mysteries but also make us laugh out loud. And it would not be fair to talk about detectives and not mention our most favorite Jake Peralta.

Being the central protagonist of the show he is one of the most loved characters of the show. But his popularity does not rest solely on his being the protagonist. He has many contrasting personality traits that have got to the nerve of the audience. These traits are personality has kept us entertained for seven long seasons. And no wonder people are waiting eagerly for the eighth season which is scheduled to air in 2021.

The very first thing that makes Jake Peralta our favorite detective is that he is just like us! I mean he is goofy, crazy, talkative, and insanely charming. But that does not mean he is not hardworking. He is sincerely dedicated to his work. As we all know, he is Detective Right all the time! Do we need any other reason to make him a lovable character? All these personality traits in a single person have proved to be a hit formula to make a perfect central character and make the audience fall in love with him. 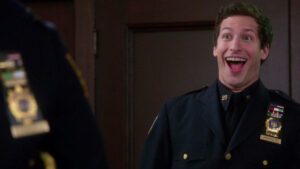 Another reason for the immense popularity of Jake is that he is a proud feminist. This is a very important trait of his character that the audiences have noticed over the years and people go gaga over this. Be it his relationship with Amy or his friendship with Rosa or Gina, he is a perfect companion. The makers have done a fantastic job creating the character of Jake. And no doubt that Andy Samberg has played the role so convincingly that we cannot imagine any other actor in this role.

It is quite clear that the popularity of Brooklyn Nine-Nine particularly rests on our favorite detective ‘right all the time’ Jake Peralta. Many fans even consider him as a combination of his Chandler and Ross from the most loved T.V. series ‘Friends’. He is sarcastic, intelligent, and an ideal family man. 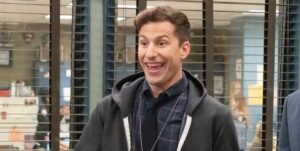 Despite so many good qualities, Jake also shows some defects. He sometimes feels his colleagues be less smart than him. he even lashes out on Gina a couple of times. But these defects are overshadowed by his good qualities at large. But now it’s time to show how well have you observed the character of Jake Peralta. So let’s get started!