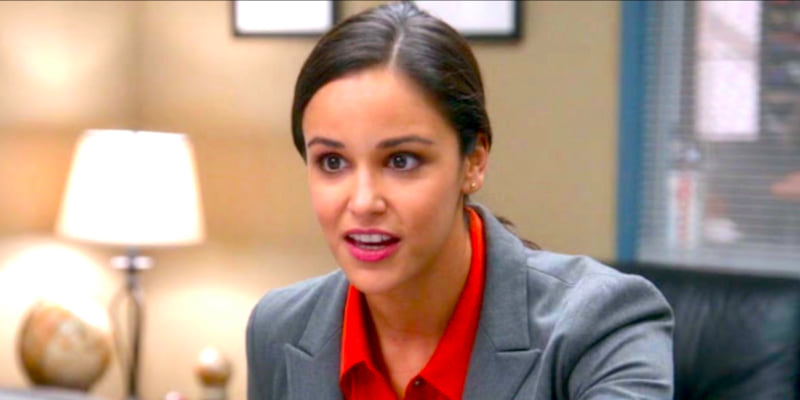 Are you thinking about what we have in store for you today? Get your binders ready kids, we are going to talk about the Amy Santiago chapter today! Brooklyn 99 has our heart and as for Amy, we all love her to the core, don’t we? Life is unpredictable, but Amy wants everything in control. We can literally imagine Amy’s anxiety levels shooting up if things don’t go as planned!

Amy is one of the main characters of Brooklyn 99 who was a detective in the 99th precinct of the New York Police Department (NYPD) and then went on to become a Sergeant. Amy is shown to have this never-ending need of impressing people. She is a passionate, driven, and hard-working woman who wants to become the youngest person to be promoted to the position of captain.

Rules, binders, and organizing turn Amy on, and she can’t help but make binders for anything and everything, literally. She has this weird habit of obsessing over-rules and we can’t get enough of her. Amy is incapable of breaking rules, and well she is always set to get the captain’s approval for anything and everything! Not to forget, Amy often acts weirdly in front of Holt because she gets nervous and desperate. Brooklyn 99 is a show packed with fun and drama. Remember the time when Amy started smoking again, and Raymond found her with her cigarettes in Amy’s hiding place? Ah, hilarious.

Throughout the show, Gina can be seen poking Amy, continuously, but we all know how much they love and care for each other. And how can we forget Jake? The chemistry and the competitiveness between Jake and Amy were to die for. We remember crushing on the duo while watching them compete with each other. From competitive colleges to competitive partners, they are relationship goals. Amy’s father was a police officer (now we know where the obsession came from), and she has 7 brothers. Do you remember David Santiago? Amy’s brother who was better at everything that Amy did? Amy was sick of him, wasn’t she? 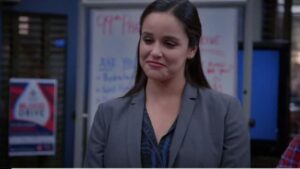 We still can’t seem to get over the fact that Jake and Amy killed the new captain when they FINALLY got together! Amy is seen to have a very good relationship with all her colleagues, and the jokes that Jake and Amy throw at each other throughout the show, just make it more fun to watch. Brooklyn 99 would have been nothing without Amy, and we only love the show because of the unique, fun, and amazing characters that it has brought in all our lives.

We’ve talked enough about Amy and everyone else in Brooklyn 99. Now it is our turn to test your knowledge! Are you ready to take this Amy Santiago quiz? If you are a true fan, you truly have nothing to worry about. On the other hand, if you don’t get a good score, you know it is time for you to watch the show again! So let’s get started, eh?

One thought on “The Ultimate Amy Santiago Quiz”