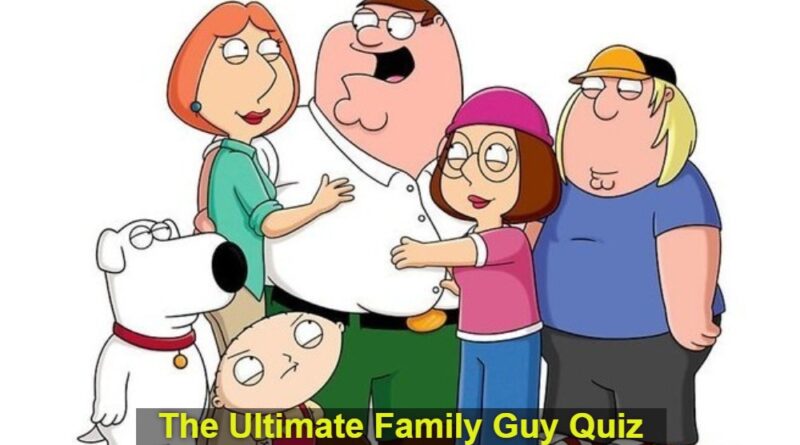 The Family Guy is undoubtedly one of the most successful animated adult comedy shows created in recent years and its characters are equally funny and worth watching. The show revolves around the Griffin family and their lives. There is Peter and Lois Griffin, the mom and dad of the family who has three children along with a faithful Dog Brian. This family may look like a normal family from the outside but there is actually a family that has all the elements of drama and comedy.

Starting with the primary characters of the show, we have Peter and Lois who are shown to be really in love with each other but just like any other couple things go bad between them after marriage. They are often seen finding faults with each other and both always try to prove himself/herself right. Their ‘told you so’ attitude towards each other provides great content for comedy. Another running gag of the show is Lois’s father’s hatred towards Peter as he didn’t want Peter to marry Lois. The comical banter between the Son-in-law and father-in-law is one of the most comic storylines of the show. 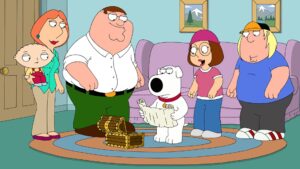 Another very amazing characters of the show are the three children of Lois and Peter. The youngest of the three children Stewie Griffin is the weirdest and the most uniquely interesting character ever written. Just a year old, he is an intellectual genius. Since the day he is born, he has advanced knowledge of science. As much as, he can even make time machines and rockets. Stewie is not an ordinary child rather he is an extraordinary member of the Griffin family. One of the most important aspects of the show is Stewie’s relationship with Brian. Both are best of friends and always accompany each other on their adventures. Brian gets just as much respect in the family as any other member.

In contrast to the intellect of Stewie, there is his elder sister Meg who is not such an intelligent person. She is constantly misunderstood as being a man and it is after her makeover in the later seasons that we see her true nature. Apart from these primary characters, some notable secondary characters of the show are Joe and Cleveland whose contribution to the show is as much important as that of the primary characters.

So that was a little bit about the most important characters of the Family Guy and now it’s time for you all to take up the Ultimate Family Guy quiz and do not forget to tell your scores in the comment section. Best of luck!