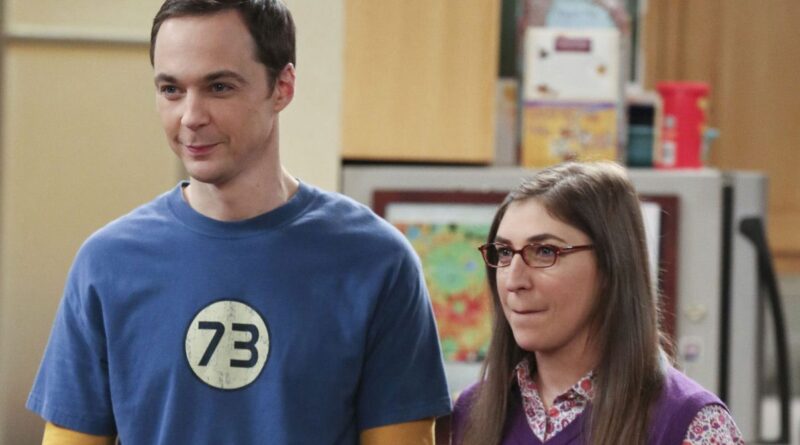 Any The Big Bang Theory (TBBT) fans here? We have news! Today, we are going to talk about all things Shamy, and if you are a TBBT fan, you should be ready for the Shamy quiz. All thanks to Howard and Raj, who sneakily registered Sheldon on a dating site. If it weren’t for them, we would have never had the chance to watch Sheldon go all soft and hearty for someone. Sheldon refused to go on a date, but Raj blackmailed him with a hypothetical dirty sock. Haha! Do you remember how it all started? Sheldon went on a date with a mission to reject the girl.

Nonetheless, fate had other things planned as surprisingly; he found that Amy was quite similar to him. She told him that she only went on dates to keep her promise to her mother that she would go on one date in a year. Sheldon was impressed by her, and that’s how it all started. How sneaky were they to keep texting and emailing each other for four months straight, without letting anyone else get the idea? We knew something was cooking up, didn’t we?

According to Sheldon, Amy was just his friend. He said and we quote, “She’s a girl, and she’s my friend, but she’s not my girlfriend”. We totally saw that coming, didn’t we? I mean, it’s Sheldon we’re talking about. This was bound to happen. However, Amy considered Sheldon to be her “kinda-sorta boyfriend”. Who remembers their insane plan to procreate, albeit through clinical methods, to gift humanity their progeny? We loved their ‘friendly’ chemistry on the show, and how they enjoyed each other’s company in a weird yet adorable way. They shifted from texts to webcams, and SHELDON allowed Amy to come with them to THE Cheesecake Factory. Moreover, he let her have lunch with them at Caltech’s cafeteria. That was a Big Big Deal. Remember when Sheldon adopted 25 cats in an attempt to replace Amy? Hilarious.

Let’s hit the forward button and get to the part when they finally became official and started dating. Took them long enough, eh? How romantic was it for Sheldon to wait for Amy with the 31-page Relationship Agreement? Ah, we never knew Sheldon had a soft side. Anyhoo, they finally became a thing, and we finally got to witness the Sheldon-Amy pair, roaming around, and living life as a couple. Having fights, drama, moving in together, and everything else. Sheldon and Amy are the best, and you cannot deny it. 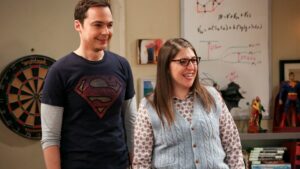 If we tell you about all the Shamy details, then we won’t be left with anything to test your Shamy knowledge. Hence, we are going to stop right here. It is your turn to take The Ultimate Sheldon-Amy Quiz. We promise you; it is not going to be easy. You will require a PhD in Shamy to get a good score in this quiz and to prove your love for these weird humans. So let’s get started with this Sheldon-Amy Quiz, that will blow your mind!