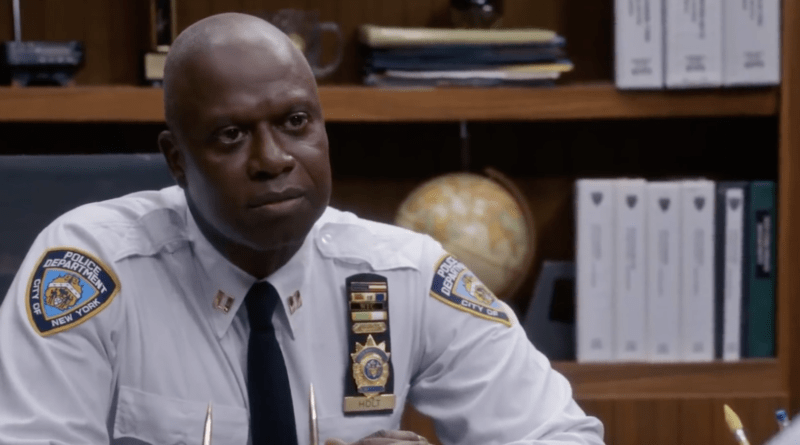 Hey people! You all love Brooklyn Nine-nine, and if you love the show it is impossible that you don’t like Raymond Holt’s character. Yep, I am talking about the strict captain of Brooklyn Nine-nine, who reminds all of us about that deadly school teacher of ours. But though he is strict, he also got some superbly awesome qualities. He may look strict and staunch from the outside but he is a loving soul from the inside.  So let’s take look at what makes Raymond Holt one of the most loved characters of the show. So let’s get to know about this “advanced aged” man. Then we will test your knowledge with a ‘Raymond Holt Quiz’.

The best thing about Brooklyn Nine-nine is how all the characters are very different from each other. And Jake is the main protagonist, but we cannot say that other characters are minor. All have a great history and all are equally important. And one of the most important characters is Captain Raymond Holt. The most important thing that makes Holt’s character very important is his representation of the black community and the gay community on the show. As we all know these are the most talked about topics in recent years. So his character has a depth that makes him different from other characters.

The character of Holt is not important because he is a captain, but also because he gives maturity to the show. It would not be wrong to say that he is completely opposite of Jake. He provides a seriousness which was very important to contrast Jake’s character. When we meet Raymond Holt in the first season, we get to know that he has been appointed as the captain of the 99th Precinct. His arrival to the 99th Precinct makes our favorite detectives not so happy. And sooner or later they realize his importance and so do we.

Though most of the time we see him having a stern look on his face and telling the detectives to behave. But all of us love him more for his sudden goof-ups and pranks. His efforts to make the group of detectives comfortable and caring for them as a loving father can melt every heart watching it. The contrast in his traits gives an edge to the character, and the way Andre Braugher has played this part is even more brilliant. Though Holt is like any other typical police officer which we have seen in movies over the years, the contrast of a loving and a strict detective is new to all of us. It makes the character not only different but also one of a kind.

We have known Holt for seven long seasons and if you think you know all the things about him then hold your beer, we are here with the hardest Raymond Holt quiz ever. Now is time you prove how well you have observed his character. Don’t forget to tell your scores in the comment section below. So let’s see who is the best detective amongst you all.

One thought on “The Hardest Captian Raymond Holt Quiz Ever”