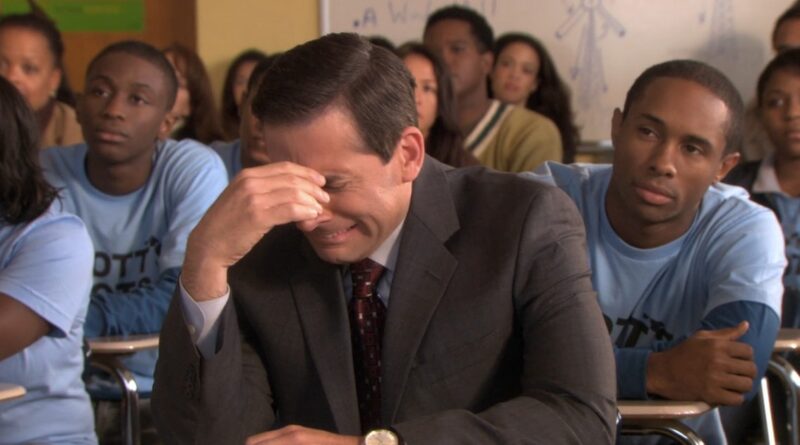 Are you too in on the bandwagon where we love and cherish “The office” sitcom? If yes, then you must be aware of how perfectly timed humor knocks off our socks, but everything in this universe is balanced, so it is our favorite sitcom. A substantial amount of episodes make you go LOL. Nonetheless, some episodes are highly devoted to serving the purpose of making us cringe and bored. This mockumentary has no doubt achieved great heights of humor, but in some episodes, we realize that the writers were high on some weak sauce. Here’s a “the office” quote itself which explains the worst episodes of The Office:

“Every so often, Jim dies of boredom.”

Only we are Jim Halpert in this scenario. Here’s the list of the worst episodes of The Office. 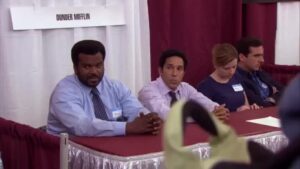 Unlike the other episodes of the office which send us into fits of laughter, this episode was a lame one. Instead of delivering some top-notch sarcasm and jokes, this episode doesn’t quite deliver anything except Jim playing golf and Michael trying to drive away all students by carrying just one sheet of paper in the job fair. Nothing interesting happens in this episode which would be worth discussing except the above two scenarios. 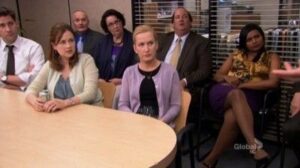 Directed by Rainn Wilson, the audience expected something much better. Robert California hires Nellie Bertram and allows her to take Andy’s desk while he is off to Florida to get his girl back. Andy’s plan was a fiasco considering he surprised her by popping out of a box and singing her a song. Erin, who was still confident in her decision of leaving Andy rejects him right away when he reveals he still hasn’t broken up with Jessica.

Jim, on the other hand, tries to bring Nellie out of her delusion that acquiring Andy’s desk will land her in his shoes. 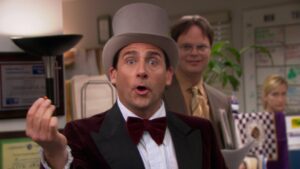 Grabbing the idea of “Willy Wonka and the chocolate factory”, Michael is hit with the idea of putting discount cards in random boxes of their paper so that their client gets a 10% per cent discount on their products for the rest of the year. But things don’t turn out the way they were supposed to. The best clients were the ones receiving those discount cards, which led to drastic results.

Even though the jokes weren’t that bad, but the episode failed to deliver the original essence of what the office is originally ought to deliver. 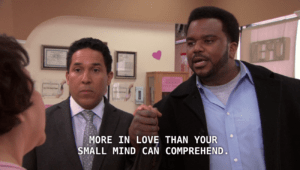 Season 9 of “The office” disappointed us with another episode that had no meaningful plot or humor. In this episode, the couples are eager to avail the valentine discount at the mall and spend their last day without their boss happily. The unpleasant return of Andy happened way earlier than everybody thought, which resulted in a to-be-happy-day turn into a disaster—ruining Andy’s character completely. Jim and Pam have an argument over why she kept him oblivious to the fact that she cried and was consoled by Brian when he was in Philadelphia. 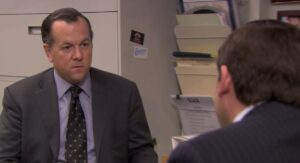 In this episode of “The Office”, a banker is sent to Dunder Mifflin to check for any inconsistencies when it is bought by Sabre. The check-up was meant to decide if the Scranton branch was to be kept or discarded based on its effectiveness. This episode is just an epitome of staffs’ flashbacks regarding different things asked by the banker. 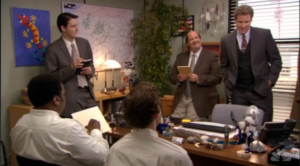 Michael’s (Steve Carell) set off from the show affected the show drastically. Being the lead actor in the series for six seasons straight made the fans accustomed to his presence in the office. Therefore, his departure made the show dull, even when the jokes were perfectly timed and kinda funny.

In this particular episode, Deangelo, the new regional manager, makes an “inner circle” of his favorites — all of them male which leads the female staff to believe he is a sexist— excluding Andy. This episode is regarded as one of the worst episodes of The Office. 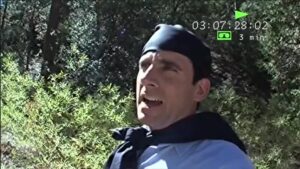 The next episode on the list of the worst episodes of “the office” is the survivor man. Well, we tried to survive through this episode, but the boredom was real. Do we wonder what happens to the writers while plotting these types of episodes? Only Ahtohallan knows perhaps (Frozen II reference alert!).

The plot was based on Michael’s jealousy when the branch manager, Ryan Howard, invites Toby to a corporate wilderness retreat while leaving out Michael Scott. The raging jealousy compels him to decide to live a day in the forest without asking for any help from anyone. At the same time, Jim is made the in-charge of the office in Michael’s absence. 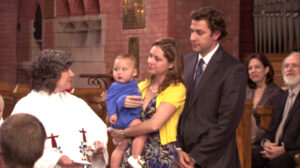 133rd time’s a charm? We don’t think so. The christening is the 133rd of “the office” series and one of the most unwanted, dull episodes of this series. Several things are happening in this episode like:

The baptism of Cece, Pam and Jim’s daughter, takes a horrible turn when Michael ends up inviting the whole office staff, pissing the parents of the child.

Toby reluctantly entered the church due to his issues with Jesus aka The Big Man.

Cece goes MIA under the watch of Pam’s grandmother.

Long story short, even with this many things going on, this episode was one of the worst episodes of The Office. 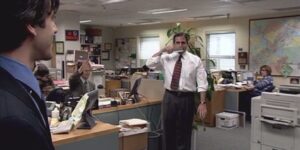 To be brutally honest, nobody who has just watched only the pilot of “the office” would have guessed that this show will be extraordinarily spectacular because let’s accept the fact that the first episode of the office couldn’t have gotten any worse.

The first shot of the office made everyone assume that the neutral state of the office was gloomy when in the next seasons it is observed that it is the opposite and there is a lot of interaction and fun between the members of the office. 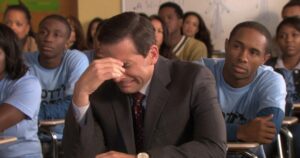 This episode tops the list of the episodes chart that inflicts the viewers with an infamous cringe-attack. In this episode, Michael is suddenly hit with the decade-old promise he made to a dozen students about paying their fees so they could have high school graduation. But it’s time now that he has to break the terrible news to the pumped up and excited students (OUCH!). Erin is there for emotional support.

Jim, on the other hand, introduces his employee of the month initiative to motivate everyone to work harder. This episode was everything we did not want, take this away, and we will be happy with the fantastic ones we did need.