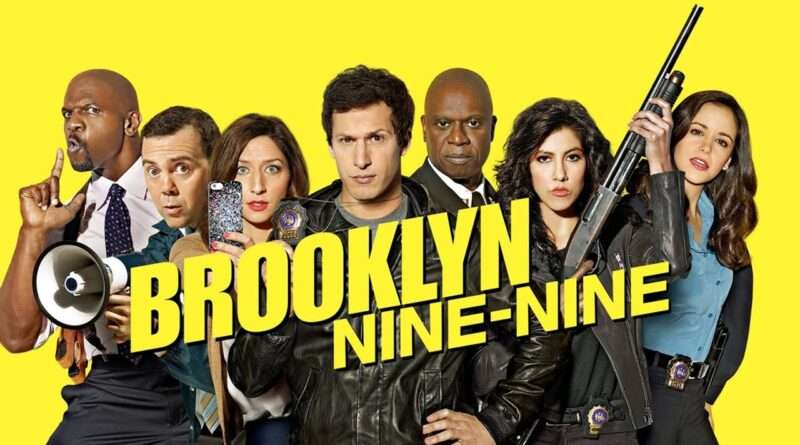 When it comes to outrageous humour and tight-knit plotlines persisting through more than seven seasons (at least) in the comedy genre, one of the best sitcom contenders of our generation would be Brooklyn Nine-Nine. Started off by Fox, Brooklyn Nine-Nine premiered in 2013 and garnered huge acclaim and a dedicated fan following, so much so that, even when Fox cancelled it after five seasons, NBC picked it right up the next day, on popular demand and as it stands today, the eighth season is set for release in 2021.

Brooklyn Nine-Nine is a single-camera comedy revolving around detective Jake Peralta a childish but brilliant NYPD detective in Brooklyn’s fictitious 99th precinct, who often gets into scuffles (of mostly, wits) with his new commanding officer, the unyielding and formidable Captain Raymond Holt. While Charles Boyle, Jake’s best friend is his best champion, Sergeant Terry Jeffords tries to keep the peace between his boss and his “work baby”, even as the scary but cool Rosa Diaz pokes fun at the ensuing madness. The sweet and responsible Amy Santiago tries to get some work done amongst this exasperating mess, with the captain’s assistant and Jake’s childhood friend, Gina Linetti putting an eccentric fun spin on it all.

What follows is a storyline, rife with high-stakes drama and strong but refined hilarity, with the crime-filled cityscape of NYC in the background. While working in a police precinct might not feel relatable, what makes Brooklyn Nine-Nine relevant are the singular personality traits of each and every one of the ensemble cast and the insane comic timing of comebacks and pranks. Something always seems to be going wrong, until it goes right, and the cliff-hangers are good enough to keep us fans hooked. 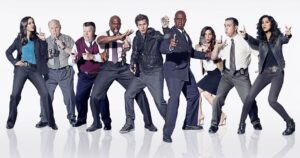 Being a “die-hard” fan of the show myself (see, what I did there? *wink wink*), I have pitched my efforts into all kinds of quizzes and trivia games around the internet. And that’s how I know, that the heart of a truly “amazing human/genius” can never deny the thrill of yet another opportunity to prove themselves a real fan.

So here are 25 questions for you to answer in the ULTIMATE BROOKLYN NINE-NINE QUIZ. Don’t succumb to the “trivia presh”! *Spoiler alert*