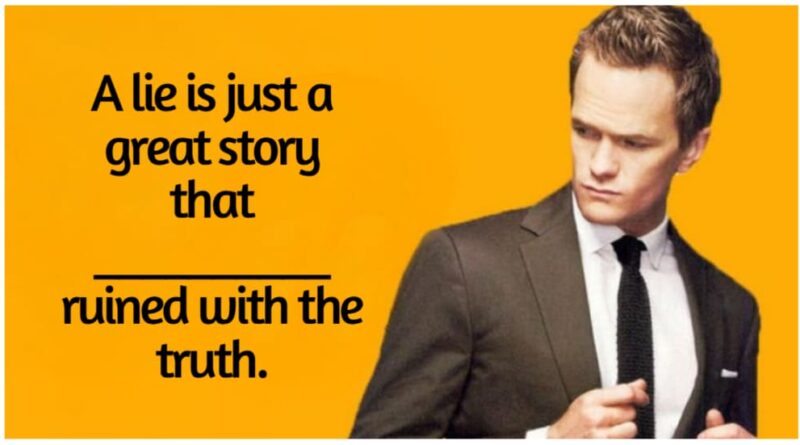 Welcome once again to a very interesting quiz on one of the most humorous characters in the history of television. Yes, we are talking about the one and only Barney Stinson. As you might have guessed from the title, we will make you complete the most amazing quotes by Barney. But before Barney Stinson quotes quiz, let’s take a look at what makes Barney different from his gang and why he is still one of the most popular characters in the ‘How I Met Your Mother’ show.

As simple as he looks on the outside, Barney is, in reality, a very complex character. It would not be wrong to say that there is an obvious duality in his character and he has legit reasons to be that way. First of all, Barney shows himself to be very far from having an emotional side for anyone but we have seen innumerable times how much he loves his family and friends. He is even seen crying at times for Lily and Marshall. On top of this, he crosses all limits to make his mother happy by inventing a whole fake family. Can anyone still say he is cold-hearted?

But no matter how loving and caring Barney is, the audience seems to love his carefree nature even more, and this might be the reason for his popularity. Barney’s carefree and uncommitted attitude towards his love life makes him totally different from his friends. None of his friends approves of Barney’s way of living his life but he seems to enjoy it to the fullest. So much so that at times he even manipulates Marshall and Ted into believing how great his life is compared to theirs. Though more often than not, it doesn’t work for long. 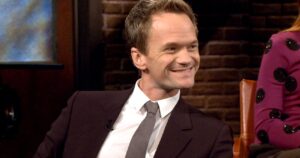 Though Barney hates commitment, but loves gets in his way when he starts falling for Robin after a hookup. They finally commit to each other in season 5 but and eventually, they do get married as well, but their marriage ends in divorce. The reason might be that Robin and Barney are exactly the same. But besides Robin, Barney had two serious amazing relationships with Nora and Quinn and innumerable short-term physical relationships. Barney might be a legend (wait for it) dary friend but didn’t have much luck in his love life.

Barney might not be the best boyfriend or husband, but he is one of the most amazing friends anyone can have. The most important thing about him is his humorous aura which makes all of them feel relaxed when they are with him. We all need a friend like that! The most important thing about Barney is his character development throughout the nine seasons of the show. From being a playboy to getting married, this character is the most well-written character in the show because most of the characters remain more or less the same. But Barney has come a long way and changed the most.

So, that was Barney Stinson-one of the most legendary character ever created. Now it’s time for you to take up the Barney Stinson quotes quiz and let us know how well you know him. Do not forget to share your scores in the comment section.

Can You Complete These Quotes By Barney Stinson From ‘HIMYM’?

Checkout: The Hardest How I met Your Mother Quiz