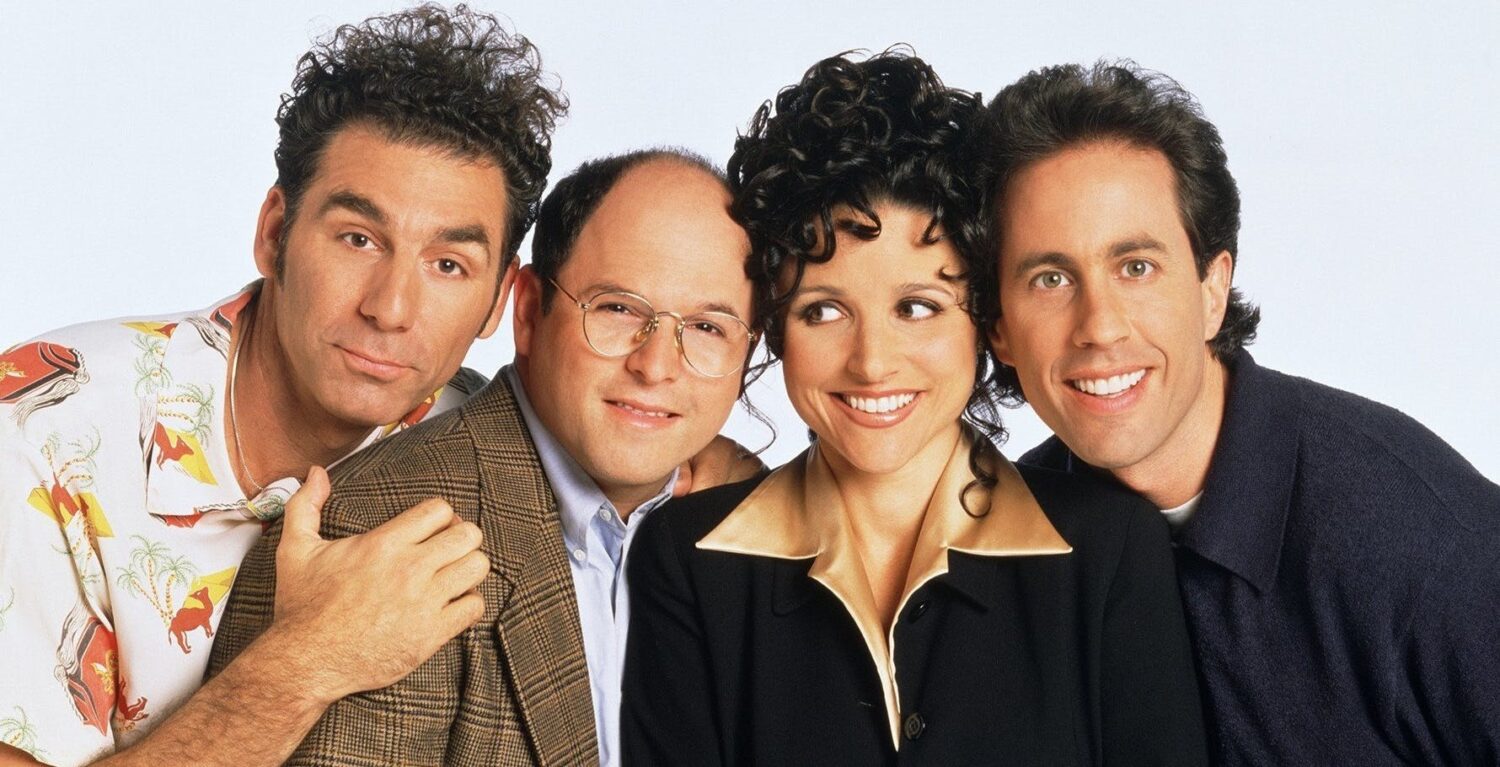 Over the years there has been an increase in the number of TV shows being watched. Having said that, millennials will definitely agree there are certain TV shows from the yesteryears that simply cannot be competed with in terms of humor and content. One show in particular that stands unmatched is Seinfeld. In this article, we have sorted out some of the best Seinfeld episodes.

Here is a list of the 10 best Seinfeld episodes ever.

Jerry and George are generally not considered men of adventure yet in a bold move George lies about his identity to score a free ride to Madison Square Garden. But little do they know, the person whose identity they stole is a prominent Neo Nazi and the limo is taking them to a protest where George has to deliver a speech.  Probably one of the strangest things to happen to the gang!

Jerry and Elaine are out for dinner with Kramer and his girlfriend who can only be described as a “low talker.” So when Jerry mentions he will be on The Today Show to talk about a charity project he inadvertently agrees to wear a shirt designed by the girlfriend simply because he couldn’t hear her. Jerry wearing a puffy pirate shirt will always be a sight for sore eyes. Meanwhile, George has to move in with his parents who are constantly on his case about getting a job. He somehow lands a job as a hand model but nothing can never end well, especially when both the storylines end up mixing.

When Kramer goes through a license plate mix-up, he is left with a plate that reads “ASSMAN.” Meanwhile, Jerry learns that his mechanic is using his flirting techniques on Elaine and has to make the tough choice of switching his mechanic or letting the betrayal slide.

In the meanwhile, George’s parents go through a separation and his mother Estelle decides to get her eyes done. Kramer offers to take her and plans to use his license plate to claim he is a doctor and score a good parking spot. But things are never that easy and due to a series of miscommunications, Estelle thinks Kramer tried to flirt with her. George’s father turns up in a rage to confront Kramer but ends up falling bum first into a fusilli pasta statue Kramer made of Jerry.

How many of us have forgotten where we have parked our cars when we take a trip to the mall? I am pretty sure none of us have had as fun of an experience as the gang does in this episode. The gang accompanies Kramer to the mall because he wants to buy an AC unit. Only he forgets where he parked his car.

As they search for the car, each person has a heap of worries accompanying them. George is worried about being late to his parent’s anniversary celebrations, Elaine is worried about the well-being of her new goldfish and Jerry desperately needs to go to the bathroom. Kramer decides that he is tired of carrying the box with the AC unit inside and hides it, in another parking space which he very conveniently forgets. You would think there would be a sigh of relief when the car is found, but it is never that easy for the gang because the car refuses to start!

If anything, Seinfeld was known for being “the show about nothing” and this episode is proof of that. The episode simply revolves around Jerry, George and Elaine in the waiting room of a – you guessed it- Chinese restaurant- getting increasingly frustrated over not being seated.

Jerry spends the episode trying to figure out how he knows one of the ladies seated at a table. George on the other hand is worried that his girlfriend is angry at him so he spends the episode trying to call her on a payphone. Jerry even offers to pay Elaine $50 if she steals an egg roll off someone’s plate and eats it. The Chinese Restaurant, is undoubtedly, one of the best Seinfeld episodes ever.

In this episode, Elaine visits her ex-boyfriend Roy in the hospital and decides she wants to date him again after seeing how much weight he has lost. While his operation is ongoing, Kramer and Jerry who decided they wanted to sit in the viewing gallery to watch, drop a Junior Mint into Roy’s body. When Roy comes down with a terrible post-op infection, George decides to invest in Roy’s artwork which he believes will become valuable once Roy dies of his infection.

Roy, somehow miraculously recovers because of the mint and regains his appetite which prompts Elaine to break up with him. Meanwhile, while all this is going on Jerry is trying to figure out the name of his girlfriend. The only thing he can recall about her name? It sounds like a body part.

The entire episode has viewers in fits of laughter over how incredibly shallow and self-absorbed the main characters are. This episode is regarded as one of the best Seinfeld episodes ever.

Honestly, there is so much happening in this episode that it is hard to decide where to begin. When Jerry bumps into an old classmate who inquires about George, Jerry feels compelled to lie and tell her George is a marine biologist. To George’s credit, he follows through with the lie till the very end.

What made this episode earn a spot on our list is George’s dedication in maintaining the lie. Keeping in mind this was the era before smartphones and George had no easy access to Google, he showcases his talent of talking absolute rubbish with such conviction including his closing monologue where he recounts the details surrounding his heroic interaction with the mammoth fish (“mammal….whatever”).

And let’s not forget the hilarity that ensues with Jerry convincing Elaine that the original title for War and Peace was “War: What is it Good For.” It is one of the best Seinfeld episodes ever.

Over the years there have been many memorable side characters in the show, but perhaps one of the funniest ones was the “Soup Nazi”.  The gang manages to patronize the owner of a wildly popular soup stand (the soup is so delicious Jerry is willing to end a relationship over it).

George gets banned because he has the audacity to ask for bread with his soup and Elaine gets banned for a year for banging on the counter and telling the Soup Nazi he looks like Al Pacino in Scent of a Woman. The episode, which is one of the best Seinfeld episodes ever, gets even better when Elaine gets her hands on the Soup Nazi’s secret recipe and uses that as blackmail.

We all know there is always that one loser in every group and the Seinfeld gang has one too, namely George. Jerry suggests to the down on his luck George that whenever it comes down to making a decision, George should do the opposite of what he would have done otherwise.

The seemingly ridiculous advice seems to work out well for George who not only lands a job at the Yankee Stadium but also manages to get himself a girlfriend. But no group can be left without a loser and with George’s luck changing, Elaine falls into a crisis when she realizes that she has become the George of the group.

A very risqué episode for its time, The Contest revolves around the gang competing on who can go the longest without pleasuring themselves. The four begin to find the task at hand increasingly difficult especially since Elaine keeps bumping into John.F Kennedy Jr and the lady in the apartment across from Jerry’s insists on walking around in the nude.

Two things that make the episode gain a place on the list is a) the fact that the “matter at hand” is never really mentioned but instead very ingeniously referred to throughout and b) it is based on a true story of a bet the writer of the show Larry David had once won.