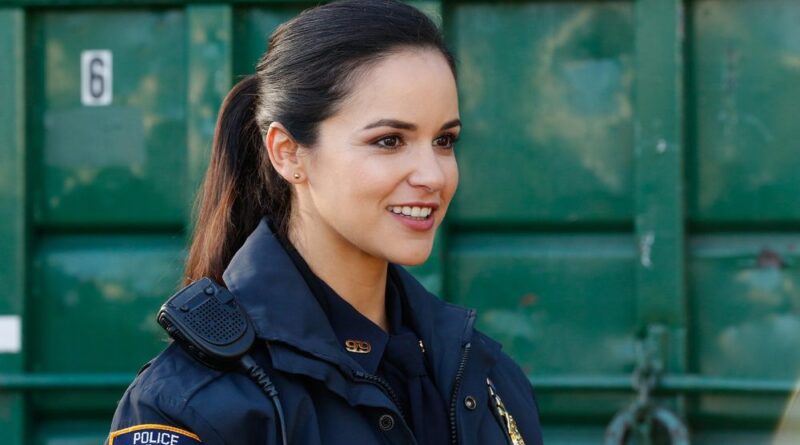 Are you a fan of Brooklyn 99? The comedy show with a host of quirky detectives that can tickle your funny bone while solving crimes? If yes, then you must have at least one favourite character among them, if not all.

Enters Our Binder-loving, Captain Holt Fan no.1, Amy Santiago! The uptight, “goody-two-shoes” of the show, Amy, is one of the characters that a lot of us can relate with! The hunger to prove herself along with the kind and caring nature towards her friends is what makes her so loveable and relatable.

So if you like me, have Amy Santiago as your favourite Brooklyn 99 character, then you might get proven wrong. We have for you the “Hardest Amy Santiago Quiz”.  But first, let’s get to know Amy a little better!

Amy Santiago played by Mellisa Fumero, is a police detective in the 99th precinct of NYPD. She’s a goody-two-shoes who is always eager to prove herself. A complete stickler for rules, she hates Halloween as it’s the wackiest festival of all! Kinda seems like a character that you can’t like, right? But well, she does prove us wrong through the duration of the show. She hates Halloween, but still ends up wearing a weird costume just to make her friends happy.

She blames her seven brothers for filling her with a hunger for competition. Maybe that’s the reason why she completely idolises Captain Holt. Her admiration and obsession with impressing the Captain make her the butt of the jokes sometimes (okay, almost always). The only girl among seven brothers, Amy tries to seek validation from Captain Holt all the time. She tries extra harder than anyone else in the team and excels at almost everything. Such is the drive that she dreams to become the youngest person to become the captain of a precinct. 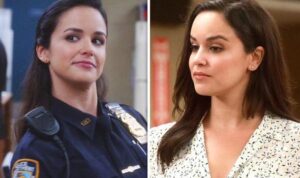 Amy’s brother David Santiago has always one-uped her at everything. Whether it be getting a gold certificate, her brother would compete with her by getting a platinum certificate instead! So much of Amy’s obsession with winning, authority and rules can be traced back to her family. She’s very hard on herself and as a result very prone to anxiety. She hates being vulnerable and letting others think of her as “weak”. Even when she is looking at wedding dresses online, she doesn’t want anyone to find out. Only because she is embarrassed by showing her vulnerable side. Rosa later teaches Amy that she could be a powerful, confident Sergeant AND still look for wedding dresses.

Although she may get made fun of most of the time at the precinct, she’s no pushover. She stands strong whenever her friends need her help. Her chemistry with Jake Peralta is what adds to the romance factor of the show. The journey from them being partners who pranked each other at every go to a married couple has been absolutely adorable.

With so many endearing qualities, no wonder Amy Santiago is one the fan favourite characters of Brooklyn 99. So, now are you ready to test your knowledge on Amy? Then, let’s get on to the “Hardest Amy Santiago Quiz” without any further ado. Don’t forget to add your scores in the comment section and battle it out!