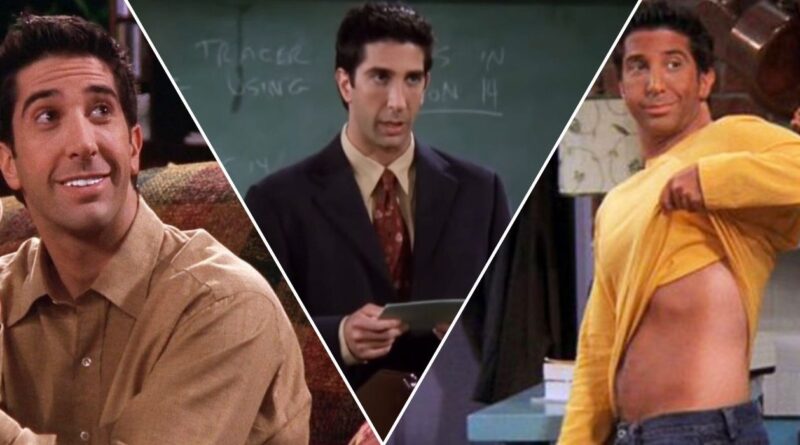 Welcome to the Ross Geller quiz, from the Friends show. Created by David Crane and Marta Kauffman, this show highlights the friendship between six characters living in NYC. Ross is probably the most misunderstood character of the show. Mr. Geller, a Ph.D. genius, is a complete nerd represented by David Schwimmer.

Ross is considered the most intelligent among all characters in this famous sitcom FRIENDS. He is the elder brother of Monica Geller, and growing up, he was hugely pampered by their parents. In fact, between Monica and him, he was treated as a better kid because of his intelligence and academic brilliance. Later on, Ross finishes his Ph.D. in paleontology from the reputed Columbia University and becomes a professor in a college. He used to think so highly of himself, and he always made sure that people were aware of his knowledge, ability, and success. His intellect was undoubtedly his most significant plus point, but at times it made him unattractive when he bragged a lot about his achievements.

He is a put-together polished person with enormous knowledge, yet he struggled quite a bit to fit in their ‘cool’  friends group. His academic and professional success might be huge, but personally and romantically, he could not have it all. We see how Ross has always loved Rachel but failed to show her. But still, he never faked his way to impress Rachel and wanted to be loved by her for who he was. Later we see that Ross had a messed up romantic life, and he was divorced three times. In the first episode, we see Ross being a single person after his wife Carol had divorced him because she is a lesbian. 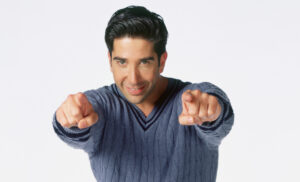 Though it seems like Ross was very proud of himself, it was entirely not the case. He was insecure about his masculinity. When we see his son Ben admit he likes playing with dolls, Ross is not supportive. He was also not the happiest when Rachel announced hiring a male nanny to care for Emma. In flashback, we notice that Jack Geller used to shame his son Ross as a child for not being a ‘real boy. He even stopped Ross from wearing tank tops because he believed those weren’t manly. So no wonder Ross struggled with toxic masculinity most of his life.

Having said that, he was a great friend. He was always for his friends in need. When Ross found out that Phoebe never owned a bike because of her traumatic childhood, he bought her a pink bike and this could not make Phoebe any happier! Not only this, but he also taught her to ride the bike. Not to forget the expensive vintage brooch that was gifted to Rachel, this started the Lobsters Saga, remember? The list is endless, he even bought the white porcelain dog as a souvenir for Joey to keep when he went broke. Pat the dog!

Now that you have discovered all the good and the bad about him, why don’t you take the Ross Geller quiz and find out how well you have known him till now.

Checkout: 10 Reasons Why Ross Is The Best Character In Friends