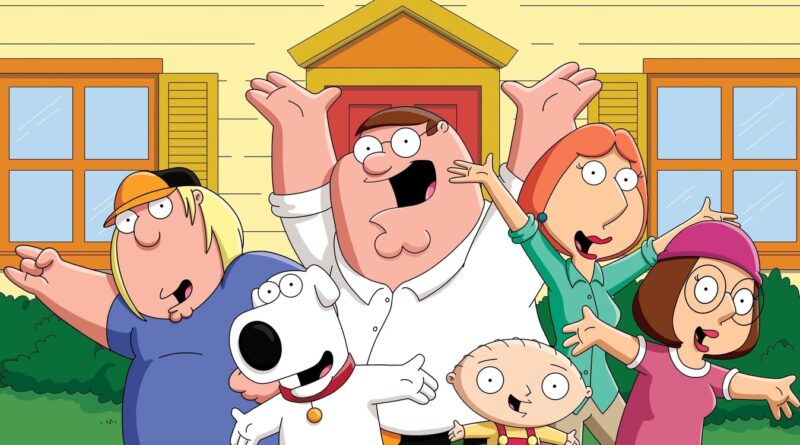 If you are a big fan of ‘Family Guy, then you might have wondered which is the best season of the series. The answer to that is very difficult as the show has twenty seasons. But in this article, we have the Family Guy seasons ranked, from worst to best, based on its popularity among fans. So let’s start!

Based on fans’ and critics’ opinions, here are the Family Guy seasons ranked. The revelation of Stewie’s first word and Peter becoming an Italian, this season has some really good subplots. But just like season 18 the show doesn’t have any fresh content which makes it the second least popular season of the series. On the eighteenth spot, we have season 17 which consists of twenty episodes and this one has some really amazing instances that make the show a little less repetitive. Perhaps the most interesting part of the season was Brian’s marriage and Peter’s job at President Trump’s office. The latest season of the series is trying hard to revive the initial charm of the show and we must say it is becoming quite paying off. Though this season may not be called the best of the show, it certainly has been better than the previous few seasons which could be clearly seen in the popularity of these seasons. On the sixteenth spot, we have the sixteenth season of the show which had a total of 20 episodes. This season is known for featuring the cast of Modern Family which did hype the excitement of the audience. This season also marks the 300th episode of the series. 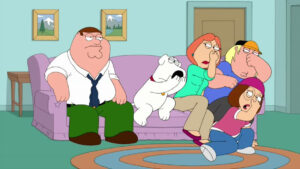 With the crossover with The Simpsons and a lot of guest stars, this season has managed to squeeze itself into the top fifteen seasons of the show and it deserves the spot. This season has Griffin’s traveling to Italy and Peter’s formation of the band and of course, Brian’s accident. The next spot is occupied by season fourteen. This season is primarily set in South Korea which gives a fresh flavor to the show’s same setting for the past fourteen years. It is very interesting to watch the Griffin family adjusting to new culture and life. Season fifteen of the show has a lot of weird plots, like Chris dating Taylor Swift and Perter becoming a driver. Apart from this, season 15 also introduced Vinny (replacement of Brian) into the show. On the twelfth spot sits season 13 of the series. The season has the most weirdly funny subplots like Stewie getting pregnant, Meg’s foot fetish, and the opening of the cookie store, and this one also includes the best Christmas episode with the resurrection of Jesus. Though the first ten seasons are the best seasons of the show yet season 8 lacks a few things such as fresh original writing for which it is often called out by both fans and critics. But despite that, the show has some of the most amazing and controversial episodes of the show. 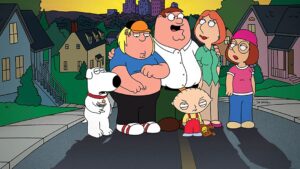 The first ten seasons of the show are just fabulous. And we have season 10 on the tenth spot. This season has a cameo by Ryan Reynolds and a bunch of goofy storylines like Meg dating an Amish boy and so on. So this season is a must-watch if you want to see the best of the show. The first season of any show is very important as it is most certainly the deciding factor for the show’s future. The reason that the show has twenty seasons is reason enough to say that the first season did a great job in establishing the show and introducing these weird and funny characters. Though it was comparatively short, but it is one of the top ten best seasons of the show. Consisting of only sixteen episodes, this season focused more on the development of the story as a whole and it was appreciated for that as well. The show has the famous “Road to Germany” episode which made it a little controversial yet the show managed to get Emmy nominations for this season. Season 5 of Family Guy got the best reviews for its brilliant humor and the show also got its Emmy Award giving more exposure to the show. This season has some of the most amazing episodes of the series which established the show’s reputation to a great extent. The only season between seasons 11 to 20 that made it to the top ten is undoubtedly season 11. Having the most unforgettable episodes like Griffins climbing Everest and Stewie and Brian getting cloned. The show also marks the completion of the 200th episode of the show, which is a big achievement for the show. Season 9 of the Family guy is packed with the most acclaimed and most versatile episodes of the show. And this season was also nominated for the Emmy Award in three different categories. It would not be wrong to say that this was the prime of the series and possibly one of the best seasons of the series. The top fourth most popular season has to be the sixth season. This season shows different shades of Stewie’s personality and his diabolical side. Though this season is only 12 episodes long, this is one of the most amazing seasons of the show. The first seasons of most shows are experiments and so was the case with Family Guy as well. The second season is a refabricating of the first season to make up for what does not work for the show and this show understood it clearly. And the next few seasons are clear proof of that. This is why season 2 well deserved to be in the top three. With well-established characters and a well-written story, season 3 is the second most loved season of Family Guy. With episodes’ like ‘Brian Wallows and Peter’s Swallows’ which won Emmy, this season was a mixture of the most amazing gags and jokes. The show’s rating increased drastically after the release of this season. 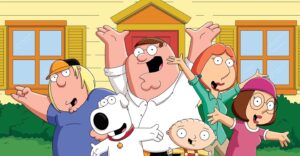 Finally, the most popular and most loved season of the series is season 4, which has a total of 30 episodes. With the funniest episodes like ‘Pretarded’ and ‘Brian the bachelor,’ the season really was the best of what the Family Guy has to offer.