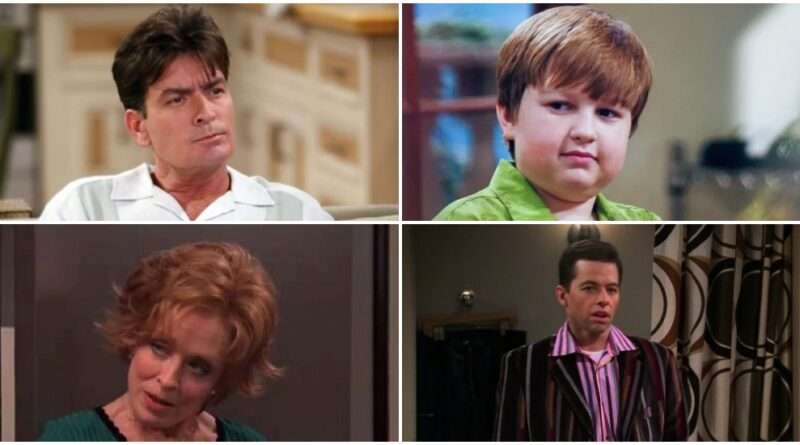 Welcome guys to another edition of ‘Two and a Half Men’ quizzes. In this one, we will test your knowledge of the Harper Family, which includes Charlie, Alan, Jake, and Evelyn. But before we begin the ultimate Harper family quiz, let us look into the details of the show.

Two and a half men ran for thirteen long years on CBS. The show was created by Chuck Lorre who has also given us shows like ‘The Big Bang Theory, ‘Mom’ etc. The series mainly showcased the lives of Charlie Harper, who was a middle-aged bachelor, his divorced brother Alan and nephew Jake. The show became an instant hit owing to the brilliant performances of the actor Charlie Sheen, Jon Cryer, and others. The show also had a brilliant supporting cast.

The most important thing that contributed to the overall success of the show was the charm and fun character of Charlie Harper. In an array of romantic heroes, Charlie’s carefree aura became an instant hit. The hardcore fans of the show still believe that Sheen’s character was the heart and soul of the show and with his reel life death, the show’s humor and comedy also died.

To add to this, the show has characters like Alan who was totally different from Charlie. Alan Harper is introduced as a miserable husband and a caring father who wants to do everything just to protect his son and be with him. These two contrasting characters brought the show to the next level. And our “half men” Jake was the cutest little bundle of joy that gave a lovely touch to the story. Jake started out as relatively important but eventually became more of a background character who showed up for a joke or two at his expense. We also see Evelyn Harper, the mother of Charlie and Alan. She expresses a superficial fondness for her sons and grandson when she’s obligated to. She has been married an innumerable number of times, tending to marry rich men who leave her large amounts of money when they invariably pass away.

So, this was all about the Harpers. We hope your memory has been refreshed. Down below is the ultimate Harper Family quiz, to test your knowledge of the show. Good luck!