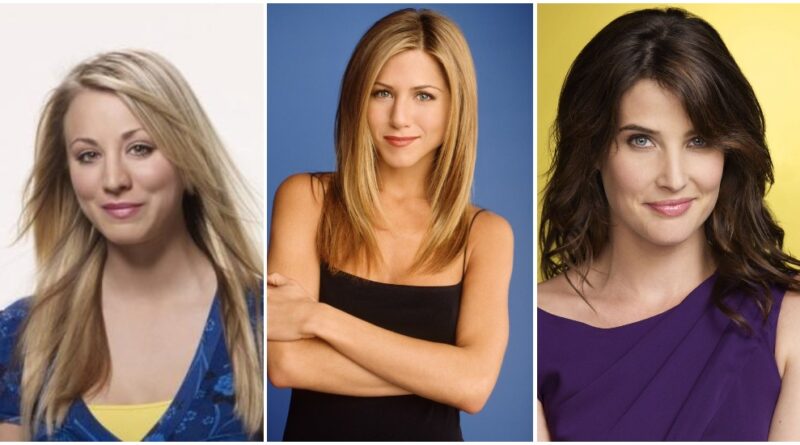 Hey guys! Welcome to yet another fun trivia where we present the most amazing and most confusing dialogues for you to guess which one of these beauty queens i.e. Rachel Green, Penny Hofstadter, or Robin Scherbatsky said that? Sounds interesting, right? But before you hop on to the quiz, let’s take a look at what makes these characters so similar to each other besides being breathtakingly beautiful!

‘Friends’, ‘The Big Bang Theory’ and ‘How I met your mother’ are, without any doubt, some of the best and the most-loved sitcoms of all time. These are the shows that will remain evergreen and so are their characters. And one thing we all have to admit is how there are all sorts of characters in these sitcoms. There are a lot of characters that often seem very close to the other characters but none of them are exactly the same. We know that all the above-mentioned sitcoms revolve around a group of friends and their friendships yet we can’t deny the fact that all of them are quite different from one another. But Rachel, Penny, and Robin have a lot in common yet they are very different. So let’s find out how similar or how different are these girls.

So, the first quality about these girls that has been highlighted is their way of living, especially Rachel and Penny. From the very first episode of Friends and The Big Bang Theory, we got to know that Rachel is a spoilt little daddy’s princess and Penny is a big mess! As a matter of fact, fans often compare Penny to Rachel. The brainless beauty queen persona created by Jennifer Aniston was hard to forget yet Kaley Cuoco did a fabulous job portraying Penny who just like Rachel was clueless about her life, career, and relationships. But both were totally different characters which had a few similar instances.

Now if we come to Robin, she clearly was a lot better than both Rachel and Penny, we cannot deny that. Her introduction itself clarified that she was focused and clear-headed unlike the other two. The next thing that all these had in common was their beauty but they were not just eye candies. Definitely, all the three actors are beautiful in real life but they gave some amazing beauty goals to all the girls out there. 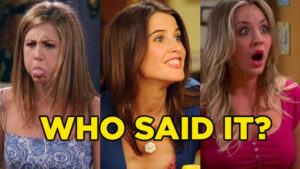 Another thing that makes these characters so important is how they transformed so much between the first and the last episodes. From being clueless to becoming successful women, these characters played a big role in changing the mindset of society. No matter Penny called herself ‘white trash’ yet we know she is not. These characters portrayed women who are more than eye candies as shown in many other sitcoms.

So that was it for today and now it’s time for you to take up the Who said it—Rachel, Penny, or Robin quiz, and do let us know your favorite character and your scores in the comment section below.

Who said it—Rachel, Penny, or Robin?