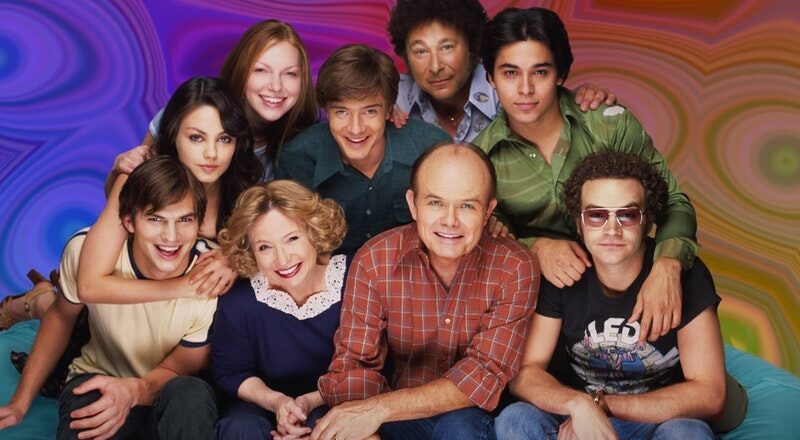 Among the league of the most loved sitcoms, ‘That 70’s show’ definitely comes among the top. Having a great cast and great acting, made the show very popular. The show ran for many seasons which proves that the audience connected with the characters and the story to a certain level and what else does a show needs more than that? So today we are going to talk about the show and then ask you some questions about the show as well. So, get ready for the ultimate ‘That 70s show’ quiz!

Firstly, let’s talk about what makes ‘That 70s show’ most interesting and strong as a sitcom. Just like any other show, the answer is its characters. Characters are the soul of any show who can make or break the show. People can bear with a bad concept but cannot bear with bad characters. And the 70’s show had some pretty good actors which made its colorful characters even more lively and fun. The most important thing is that the show didn’t have any hotshot big stars to make the show successful overnight.

Just like most sitcoms, ‘That 70’s show’ also revolve around a group of friends that are very different from each other. But rather than showing the characters to be very good, the show showed them for who they are. Certainly, there are some good and some bad things in each of these characters, but they are not regretful for their deed and are carefree. Although there is a lot of character development that brings a certain depth to these characters.

Starring Topher Grace, the series followed the young teen, Eric Foreman, and his group of friends. With a dynamic group of friends, the cast was rounded out with actors and actresses like Mila Kunis, Ashton Kutcher, Wilmer Valderrama, Danny Masterson, and Laura Prepon. Although Ashton Kutcher and Mila Kunis were arguably the biggest breakout stars of the show, every main cast member has since gone on to have successful careers in television. 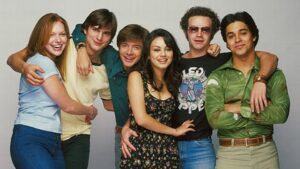 All and all, ‘That 70’s show’ is a show that is loved by everyone, especially by teenagers as the show’s main characters are teenagers and sees the world from their lenses. So, that was everything about ‘That 70’s show’ but now it’s time for you to take up the ultimate ‘That 70’s show’ quiz and don’t forget to tell your scores in the comments!

The Ultimate ‘That ’70s Show’ Quiz