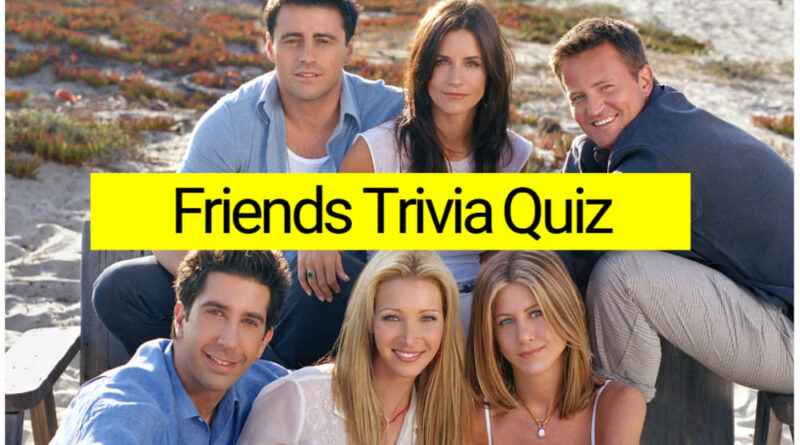 Hey everyone, welcome to yet another Friends trivia quiz. Today we will test how often you revisit the show even after almost two decades since its last episode. Nostalgic, isn’t it? But believe it or not, it has been eighteen years since Friends went off-air after giving us ten amazing seasons loaded with love and laughter. But even though the show ended, its craze among people has never been stronger. And today we will test how much crazy are you for the show. But before jumping to the quiz, let’s discuss what makes Friends so popular even today.

The most important thing which makes Friends relatable to the upcoming generation is its very simple concept—friendship and life. ‘Friends’ is all about the ups and downs we see in our life during the prime of our life. The fact that the show is not limited to showing just one aspect of life is what makes the show such a success. It does not only show a love life or career or relationship that takes the front seat, but the show also talks about how every little thing needs to be balanced in order to keep life going at a good pace.

The show’s six protagonists are normal people who are just as spoilt, misfit, and awkward as we are. This not only makes the show more realistic but also extremely relatable. When we see a character’s growth on the show, it is not only theirs but it’s ours as well. We all are the spoilt Rachel when we start watching it, but somehow the show manages us to change for good. That is what makes the show worth watching because we love to see these misfits grow and become responsible adults.

Another reason for the show’s popularity is its distinctive character and not one but all of them. It’s not a single character that is the focus of the story but all six are equally important and equally funny. You cannot compare them all, each has made his/her place in the heart of the people, both collectively and individually. It would be wrong to not mention how brilliantly the actors played their parts to bring out the best of each character. Undoubtedly, Friends has the best chemistry among its actor than most of the shows. 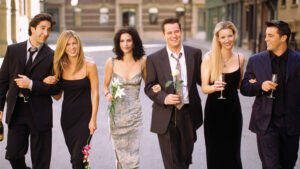 Last but not the least, the show has become a ‘comfort show’ for a lot of us. In other words, it is irreplaceable. The ‘Friends-reunion’ episode made it quite clear how people really find comfort during hard times. So these are some of the most important reasons why the show is so popular even today. The show’s rating on almost every rating site has gone up over the years. It still manages to be among the top ten shows on Netflix and above all, the fan base of the show has grown every passing year. What other proof do we need?

Now it’s time for you to show how well you remember the show by taking up the Friends trivia quiz. Do let us know your scores in the comments below.