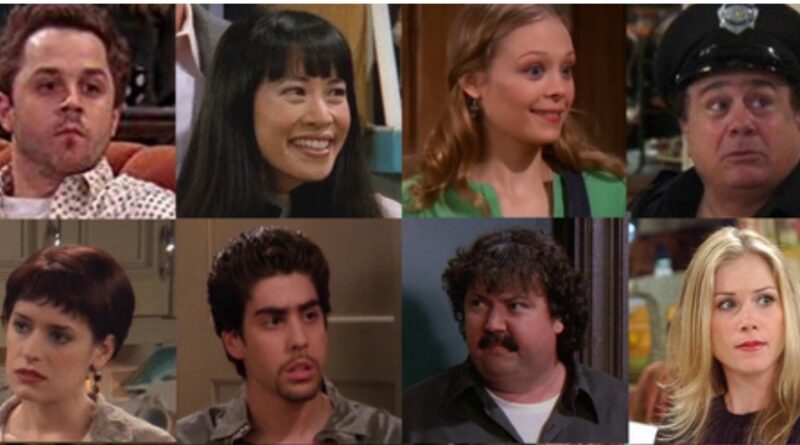 Here is one activity for all the fellow Friendsters! Let’s imagine the show with no supporting characters. Yes! We’re suggesting you think about Central Perk without Gunther. I knowww! The world feels different and it is really not a nice place to be. But still, if you visualize it right, Congrats you’re BAMBOOZLED!

Being honest, nothing really productive happens in a story without side characters getting involved and taking the storyline to the next level. If there was no Susan, then the pathetic life of Ross would never feel much pathetic. Okay! We can hear him screaming now. The world should get over by the cliché thought of an actor being ‘just in the background’. These very side characters provide a foil and help advance the plot. Gunther was a permanent character whom we happened to see daily but he was never involved in the inner circle of the main cast. Chandler never knew his last name but Gunther Central Perk is the only name he literally deserved.

The reason for its fame has everything to do with its characters. Each individual can connect with them in some or the other. It really doesn’t matter if you’re sarcastic or you forget the names of girls right after hooking up. You belong here and there’s no going back. From every character, we learn the lessons of friendship, loyalty, and love, and oh! A threesome involving a lesbian couple is a big no. The side characters had small parts, but we never know how these small parts can prove to be the best ones! We all get cracked up by Janice’s laugh, right? That’s the power of side characters and the list is endless. As per some mythological dudes, there is the next life but as per Chandler Bing we can even come as a toilet brush and that’s exactly the kind of confidence and belief we need in our lives.

A big thanks to David Crane and Marta Kauffman, the makers of the show who gave birth to every single character in friends whom we love and loathe equally. From the ugly naked guy to Richard, each detail about them made a big impact on us, one can never forget their importance. Oh! We all deserve a  Mr. Heckles in our lives, we never really know how rich he might be. Not to forget, he’ll leave us all of his previous possessions one day. He taught us one great thing, being noisy equals ultimate favoritism as per the dictionary of weird old people. 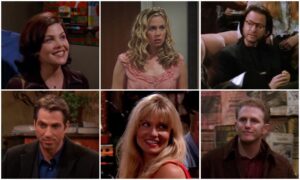 It is the most difficult task to choose one best side character from Friends. Each one of them gave us so much to remember. It’s like all of them were the main reasons for the heightened conflict. It is due to them that the lead roles got sparked up. It was only because of Alice and Frank Jr’s existence that made us believe that Phoebe can go to such extreme levels of having triplets. The show can’t get any better without each one of them.

F.R.I.E.N.D.S was never meant to be a show about just six dope best friends hanging around. It was a collective effort and role of every single character that made this show a landmark in the history of sitcoms. It’s time for the Endgame, take this amazing quiz about F.R.I.E.N.D.S side characters, and let us know how many of you deserve a flight to NY for meeting Jennifer Aniston. Oh, the pizza coupons? We wish to give them to you, but we don’t want to.

Do you think you’re the biggest Friends fan of them all? Do you remember the side characters as well as the main characters? Only the most hardcore fans of Friends will remember these supporting characters. These little details in the plot take more than just a casual viewer to be able to remember.