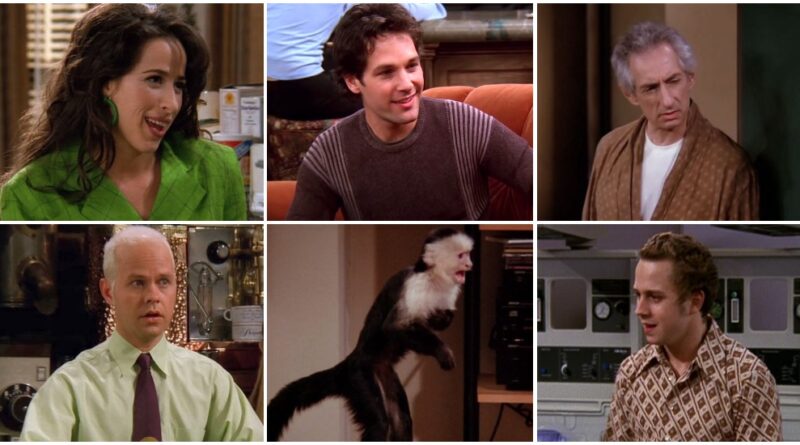 Friends, a famous American sitcom, won millions of hearts and six Emmy Awards over the years. The six main characters, Ross, Rachel, Monica, Phoebe, Joey, Chandler, keep the audience hooked on the spot with their raw chemistry and friendship. Apart from them, there are quite a few unsung heroes in this sitcom as well.

Most of the “Friends” fans would agree that it’s the side characters who helped this show reach its highest success. The first side character we would take a look at is Janice. Chandler’s on-off girlfriend and probably the most memorable ex on Friends. Either with her annoying laugh or famous “Oh My God!” She became iconic. The second notable character that made Friends unique is Frank Jr. He gets discovered when Phoebe tries looking for her father but finds her half-brother Frank Jr instead. Later on, Phoebe even becomes a surrogate to his triplets.

If there were an award for being the most reliable person, it would definitely go to Mr. Treeger, the apartment superintendent where Monica and Joey live. He is always there to fix anything in the apartment. He has a heart of gold, and he is quite a funny man. Sometimes he is seen practicing dance moves with Joey and having fun.

We cannot forget about Gunther when we are talking about side characters. He is the manager of the coffee house Central Perk. He has a friendly personality and an incredible sense of humor. His sarcastic comments crack up the audience multiple times.  Though not a person, Ross’ monkey Marcel can also be considered a unique side character of this sitcom, he was a monkey; he builds a lot of chaos and adds comic elements in this show. Since there aren’t many pets in Friends, fans instantly fall in love with Marcel and his cuteness. 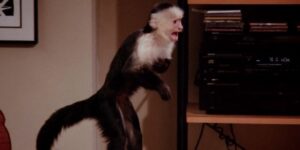 Monica’s parents, Jack and Judy, leave quite a significant impact on the show. Like every set of parents, Jack and Judy come with their share of positivity and negativity. We see Jack getting into a few embarrassing situations throughout the show. He makes his in-laws believe he is an attorney while working in the Military. When he found cigarettes in the house, he blamed them on Judy, but in reality, it was him who smoked secretly. It is evident that the parents preferring Ross over Monica affected her badly.

Another side character worth being mentioned is Mike Hannigan. Starting from scratch, Mike’s character is part of the Friends group. Mike and Phoebe have an epic romance, and later on, they get married. The marriage takes place outside the Central Perk coffee house with Monica as maid of honor and Rachel as a bridesmaid. 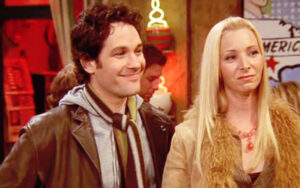 Talking about romantic relationships is almost ridiculous without mentioning Richard. Monica and Richard had 21 years of age gap. Even though their relationship did not last, Richard played a significant role.

And last but not least, Mr.Heckles. His character was grumpy and always complained about noises whenever the group was too loud in the apartment. His death made the group grow even closer and made Chandler learn essential lessons about himself. Now that you have memorized the side characters of Friends, it is time for you to take the Friends minor characters quiz given below.