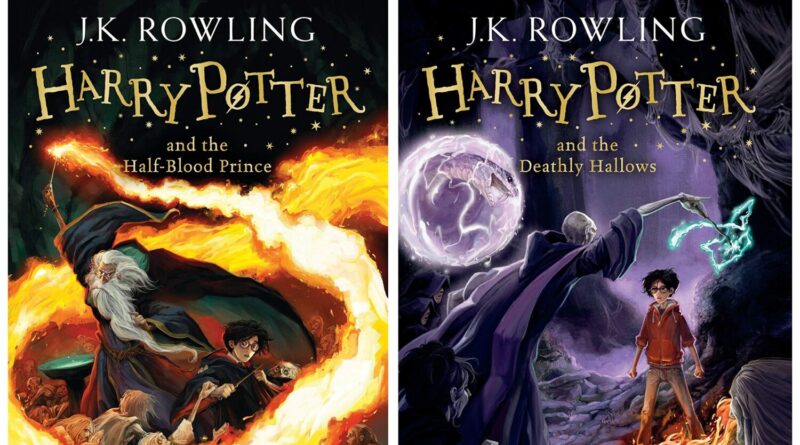 Believe it or not ‘The Boy Who Lived’ has produced hundreds of readers all over the world and would continue to do so. The Harry Potter book series is a single book series whose popularity has only increased over the years. Be it, children or adults, there is no age limit to enjoy the thrilling adventures of Hogwarts. So today, we are going to revisit the books and rank them based on their popularity on Goodreads and other rating sources.

A disclaimer for every Potterhead, not a single of the seven books is bad, this is just a ranking! Here are the Harry Potter books ranked on the basis of fans’ opinions. On the number seven spot, we have the very first installment of the series that introduced us to the Wizarding world. This book is amazing in laying the framework for the events that will unfold in the upcoming books. The primary aim of Philosopher’s stone is to define the character of Harry and the other important people that will play a big part in his life. Besides this, the book is full of Harry, Ron, and Hermione’s innocent friendship that develops beautifully over the course of other books. The only reason why this book is least rated by readers is that the other books are much darker and more interesting than this one.

6. Harry Potter and the Chamber of Secrets Next on the list is the second installment of the series i.e. Harry Potter and the Chamber of Secrets. This book has so many gothic elements and it makes a great suspense thriller as well. With the opening of the chamber of secrets to Harry speaking Parseltongue, everything makes the book seem so dark but what makes the novel even better is how it balances the shadiness of the story with rather light-hearted moments such as mourning Myrtle and the Deathday Party, and Lockhart’s silly magic tricks, etc. A lot of things have not been included in the movie adaptation and that makes the books even more important to read.

5. Harry Potter and the Order of the Phoenix The fifth most loved Harry Potter book is the Order of the Phoenix. Having over 800 pages this book is pretty close to the heart of every Potterhead. This is mainly because this book shows Harry at his most vulnerable and constantly struggling with his emotions about what is wrong or right. Furthermore, this book has the cruelest fictional character ever created—Dolorous Umbridge. If you believe Umbridge can’t get worse than shown in the movies, wait till you read the books. So many revelations, confessions, and the battle of the ministry, all this makes this book such an amazing reading experience.

4. Harry Potter and the Half-Blood Prince Things really get dark in this sixth installment of the Harry Potter series. But there are many good moments as well. And if anybody asks why books are better than movies, this book is the reason why books are so much more than movies. On the one hand, the movie adaptation seems like a young adult teenage romantic drama with a hint of the problems the Wizarding World is facing, but the books reveal so much more than that.

Draco’s constant struggle to kill Dumbledore, Voldemort’s failed attempts to kill Harry, and Dumbledore’s innumerable revelations about the most important events that Harry must know to defeat Voldemort. Not only this but Ginny’s character is also portrayed very differently in the books compared to the movies. Ron’s development as an excellent Quidditch player is also sidelined. Through it is a very important part of his character. Because of all these reasons, The Half-Blood prince book is among the most loved book of the series.

3. Harry Potter and the Goblet of Fire 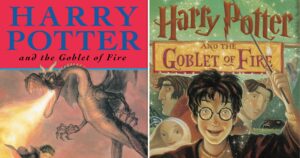 The second lengthiest book of the series yet the best one! This book deserves to be in the top three books because of a couple of reasons. First of all, with this book, we see Voldemort for the first time and we also see Harry facing Voldemort when he is all miserable and Voldemort all-powerful. From the first book we were made very clear that it was Harry’s mother’s love and sacrifice that made Harry survive and here we see that happening all over again yet it is so much more intense. Of course, the Triwizard tournament also makes the book much more interesting, and the book details the other wizarding schools. Further, we are introduced to the Quidditch world cup for the first time as well.

2. Harry Potter and the Deathly Hallows They may have split the books into two parts for the movie adaptation yet they couldn’t fully capture everything that happens in the books. Yes, that’s right. The Deathly Hallows has the most thrilling moments where you feel each scar that is made on each character. So many fights, so many deaths, and so many emotions. This book is the perfect example of how an epic story like Harry Potter should end. The simple yet powerful message to love and care for everyone, to fight for the right, and to die for the truth, everything is so beautifully conveyed in this last installment of the series.

1. Harry Potter and the Prisoner of Azkaban 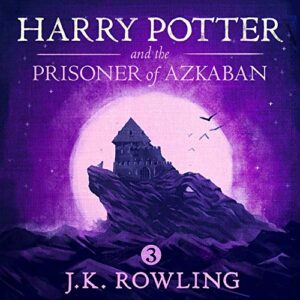 And the most loved Harry Potter book is, of course, Harry Potter and the Prisoner of Azkaban. There are not a lot of reasons for that, because just one is enough for every Potterhead and that is Harry getting a family. From the very first book, we see Harry longing for love and he gets that in the Weasley family and his friends but there is always something missing. Something which could connect him to his parents for once. Harry gets that in this book. With Lupin and his Godfather Sirius, Harry’s desire is complete. And this is why this book is a favorite among Potterheads.

So this was our ranking of the Harry Potter books. Do let us know your views in the comment section below!