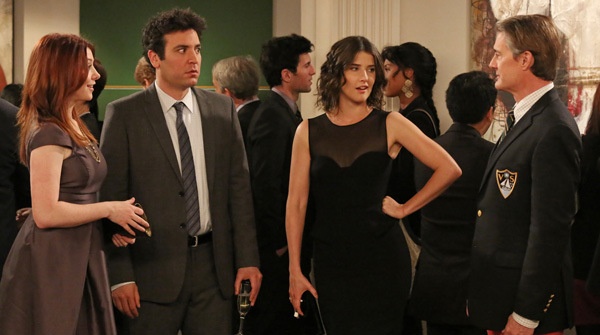 How I Met Your Mother has been one of the most loved shows of its time. The show revolving around a bunch of friends and their love lives was a common theme yet the show made a lasting impression on the audience and fans still love the show. But unfortunately, like most shows not every season of the show was so great. In this article, we have the How I Met Your Mother seasons ranked, from worst to best.

Here are the How I Met Your Mother seasons ranked, based on ratings from critics and fans. The reason why this season is the least favorite among fans is that it had been way too long to find ‘the mother’. It took them nine years to do that! On top of that, most people were not happy with the ending. It seems to be a consistent problem with sitcoms becoming tiresome after a few seasons if no new subplots are introduced. And the same happens with HIMYM, the constant search for the mother, season after season seems to get less interesting and repetitive. This season is best to watch if you want to see how humanized yet funny the characters of the show are. This season subtly mingles emotions and humor and the one doesn’t overpower the other. The storyline focuses more on Robin and her love life along with the drastic changes that have come in Barney over the years. This season captures the most amazingly mesmerizing performances by Cobie Smulders and Neil Patrick Harris. 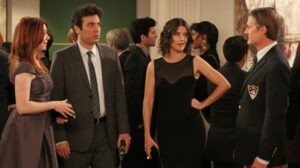 Giving a glimpse of ‘the mother’, season eight is a mixture of good and bad episodes. The main plotline is Barney and Robin’s engagement; which fans really didn’t like. Hence, the low ranking. On the other hand, Ted is miserable this season with a job in Chicago. This season really peaks in uncomfortable situations and yes, it’s been eight years since Ted’s search for ‘the mother’. Overall this season of the show is good but not as good as the initial ones. On the number six spot, we have season three which majorly follows the breakup of Ted and Robin. Now this season makes fans upset on the one hand and love on the other. This is because Ted and Robin seem to be perfect for each other but this sudden twist is just indigestible but this also gives a lot of growth to Ted as a character. Apart from this, this season also had a lot of interesting cameos such as Britney Spears and Mandy Moore. Season six of ‘How I met your mother’ is filled with lots of ups and downs for our favorite characters. This season primarily gives more into the family dynamics of the characters and their equation with their family members. While Barney makes an attempt to clear things up with his dad, Marshall loses his dad. Things really become difficult for everyone but the most important thing is they stick around each other. But there are some happy elements as well such as Lily getting pregnant and Ted finding that he didn’t want a Zoey as a life partner. Season five is just like a dip into the psyche of all the characters where we truly come to know their priorities. With Ted taking a new job, Lily thinking about children, and Barney-Robin dating, this season had some hardcore plot twists which were necessary as it was just the middle of the show. But this doesn’t mean the show is in any way less humorous, it has the same amount of fun along with a lot of character development. This season truly has the best writing of all the seasons and gives a great insight into the character’s psyche.

Season one deserves to be in the top three because it established the characters that were to become our favorite for life. Though all the episodes of this season may not be great, a lot of them were pretty amazing (including the pilot). The first season mostly revolved around Ted and Robin’s relationship which was a big plot point of the initial seasons. Apart from that, this season also focused on the friendship between the three guys which was fresh, subtle, and humorous. Season four is the second most loved season of How I Met Your Mother because this season perfectly captures the raw emotions of Ted who wants Robin to go out with him. And Lily supports him throughout as a true friend. Stella leaves Ted at the altar also encapsulates the despair Ted has to go through. All this and the humor was still as funny as they can be. With Barney’s video resume, the season couldn’t get any better! So this truly experimental season has to be one of the most loved seasons of the show. 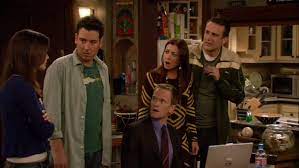 Season two has to be the best season of the show for a lot of reasons. As it is only the second season of the show, all the characters were undoubtedly fresh but their personalities are way better projected than in the first season. Also, there is no hardcore search for ‘the mother’. This shifts the focus to the characters and makes room for their growth which is very beautifully shown as all the characters are living in the moment. This season also has the highest-rated and most-loved episodes in the series.

So, this was our ranking of all the nine seasons of How I met your mother. Do not forget to let us know your views in the comment section below.