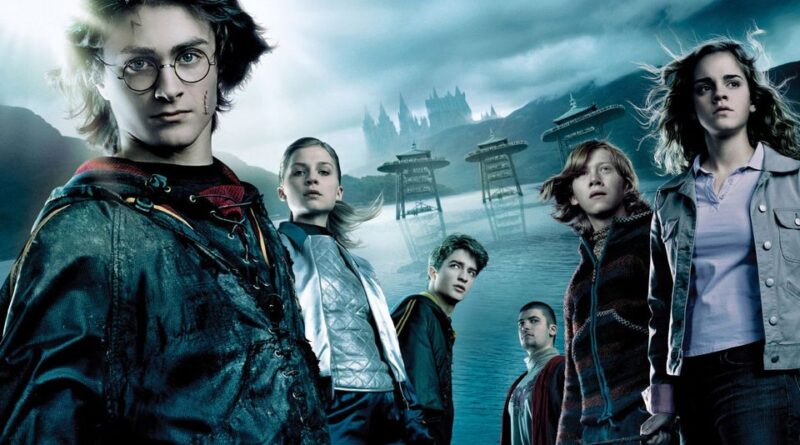 The Harry Potter movies are one of the biggest franchises ever made. Adapted from the books written by British author J.K. Rowling, it is the most amazing adventure story ever written. This coming-of-age novel follows the life and adventures of Harry Potter, a young wizard who comes face to face with his dreadful past and overcomes every obstacle to survive in the enchanting wizarding world.

Soon after the success of the first book, the movies were adapted on screen and the wizarding world soon became a part of every child’s fantasy. The movies did a great job in visualizing the world of magic but out of the eight movies, some were better at doing it than others. Soin this article, we have the Harry Potter movies ranked, based on the rating given by Potterheads from all over the world on some of the most trusted movie rating platforms. Now without any further ado, let’s start with the least popular Harry Potter movie.

Based on ratings from IMDb, Rotten Tomatoes, Metacritic and similar other sources, here are the Harry Potter movies ranked. 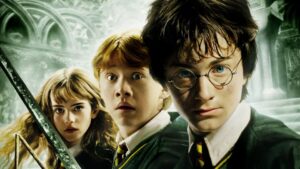 Movies and books are two very different sources of entertainment. And the reason why Chamber of secrets is regarded as the least favorite Harry Potter movie is that it tried to keep every little aspect of the book into the movie. Though every subplot of the book did not make it in the movie but most of them did. This obviously made the movie very long and draggy. Though the readers would enjoy the movie very much but some of the critics certainly found it boring compared to the book.

Another reason behind this movie’s least popular among the fans is that it does not really capture Harry’s confusion about his past. The best part of the movie has to be the introduction of Dobby and his friendship with Harry.

The Order of the Phoenix is very important from the perspective of the development of the story. It is the first book after the return of Voldemort and actually, the movie did a great job keeping all the important aspects of the book into the movie. Though the character of Harry is quite different from the book as he is confused, angry, and desperate all the time which is not shown in the movie. We also see Harry’s occulmency classes with Snape which is very accurately shown in the movie.

Last but not the least, this movie introduces us to Umbridge who is exactly as cruel as she is in the books. But other characters like Sirius are shown to be more mature which is quite contrary to his character as he likes to be a carefree sort of man. 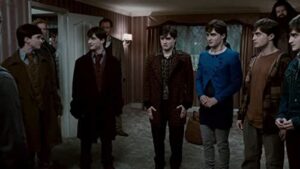 There is no doubt that the Deathly Hallows book was the best book of the series and breaking it down into two full-length films was a big and very difficult task. But the Deathly Hallows Part-1 becomes a little monotonous at places as nothing very pays off at the end. The end of this movie only sets a preview to the ultimate end which we pursue in part-2. The reason why Deathly Hallows is among the top 3 Harry Potter movies is that the movie captures the ultimate bonds of the wizarding world so precisely.

This is also the darkest movie of the franchise where we simply know there is no escaping from Voldemort and the only option is to destroy him forever. The movie also has the most amazing VFX which elevated the visual experience which gets better in the next part. The first visual representation of the Wizarding World where it all started. This movie introduced us all to the miserable life of an 11-year-old Harry Potter whose whole life changed overnight and it changed our childhood too. Directed by Chris Colombus, this movie couldn’t have been made better. All the important aspects of the story were depicted exactly as they were in the book. As it was the first movie, it was more of a necessity to include everything.

The most important thing about this movie is that the audience could relate a lot to Harry as just like us it is also his introduction into the wizarding world and he is just as naïve as we are throughout the first year. Though little changes were made here and there, but the movie follows the book precisely to make it entertaining yet not too draggy. There couldn’t have been a better start to the Harry Potter movies. 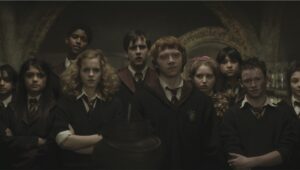 Next on the list is the Half-Blood Prince and it’s because they cut so much of the most important aspects of the story. And on top of that, they chose certain subplots that were only complementary to the story such as the relationship between Ron-Levander and Hermione-Mclaggen. Another thing the movie did wrong was to make Harry and Ginny’s relationship really awkward which was just very smooth in the books. These subplots make the movie seem like a teenage drama.

Besides this, the creators neglected the whole backstory of Lord Voldemort, showing only a couple of flashbacks. The creators seem to have chosen the wrong subplots to be highlighted in the movie which could have been edited or given less screen time to focus on the main plot of the story like the books did. But the climax of the movie does not disappoint and that’s why it deserves to be in the top 5. 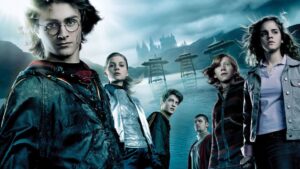 Though the book was a huge success which is obvious as it was the first one that featured Lord Voldemort. But sadly, the movie adaptation did not meet the expectations of the audience. Directed by Mike Newell, the movie edited out a lot of important subplots of the story. For example, the back story of Barty Crouch Jr, the Quidditch world cup, Winky-Dobby’s story, the employment of the house elves in Hogwarts, and course Hermione’s S.P.E.W. Above all the movie is often called out for showing Dumbledore in a totally wrong light where he almost violently asks Harry if he put his name in the goblet of fire which he would never do.

But besides these things, Goblet of fire did a great job in making the appearance of Harry close to the book with a little long and messy hair. And the tasks of the Triwizard tournament were also really well filmed along with a few changes. This movie of the Harry Potter franchise is cinematic bliss. No other director of the series expressed the beauty of the wizarding world as Alfonso Cuaron did and that’s why this one deserves to be on number two of the list. The movie showcased Harry’s relationship with Remus Lupin and Sirius Black, two of the most important people in Harry’s life. Coming after the Chamber of secrets, this feels like a breath of fresh air where every character is very lively and shows their true characters.

One of the most important elements of the movie, the time turner is the highlight of the story which makes us realize to what extent can Harry go to save his only true relative. Of course, here we also see Harry’s first encounter with Dark Magic i.e. the dementors, and his courage to overcome his fears.

The first and the last of everything is special. And this is so true for this last installment of the Harry Potter franchise which couldn’t have been any better. As the book was split into two parts, the creators took a lot of time to build up to showcase the final blow which will resolve everything for good or bad. Deathly Hallows Part-2 shows the fears of Voldemort and Harry and contrasts how similar they are yet how different. The final Battle of Hogwarts is of course the highlight of the story but so are other subplots as well. The realization that Harry has to die, his death, his meeting with Dumbledore, and his decision to come back and fight.

There are so many important details that just can’t be forgotten. For example, Narcissa Malfoy’s protecting Harry, Harry saving Draco Malfoy from the fire, Neville proving himself a worthy Gryffindor, all these just make the movie so good. This was a perfect end to the epic tale of love, friendship, and courage.

So that was the Harry Potter movies ranked based on the rating from IMDB, Rotten Tomatoes, and Metacritic. We hope you enjoyed reading it. Do not forget to let us know which is your favorite Harry Potter movie in the comment section.