Seinfeld is one of the most loved and re-watchable sitcoms of all time. The show aired from 1989 to 1998, which included 180 episodes. Even after twenty-four years of its ending, Seinfeld is still considered one of the greatest, if not best sitcoms of all time. However, not every season of the show was equally good. In this article, we have all nine Seinfeld seasons ranked from worst to best. 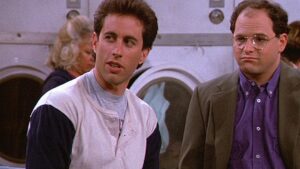 The 1st season of most comedies is where the show is stumbling to figure out its identity. It was no different for Seinfeld. This season is only five episodes long, with Elaine not even being a part of the pilot episode. The standout episode is “The Stock Tip,” which was also the finale and garnered enough praise to merit season two. 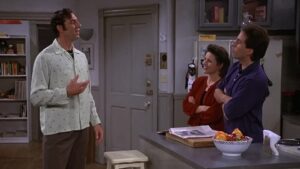 With only 12 episodes in total, Season 2 faces a similar issue as its predecessor. However, the second season includes a few standouts, like “The Revenge,” “The Jacket,” and “The Phone Message,”. The season’s high point was the concept episode, “The Chinese Restaurant,” where Jerry, Elaine, and George are endlessly and frustratingly waiting for a table. The final season of “Seinfeld” gets a worse rap than it probably deserves. The final season gave viewers gifts like George’s anger management tool in “The Serenity, Now” and the Festivus holiday in “The Strike,” but the series finale left a lot to be desired. 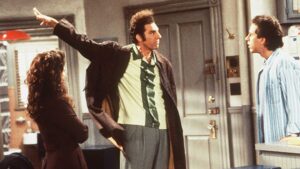 This season comes off of the great success of the show’s fourth and fifth seasons, but the quality takes a dip. Season 6 features memorable moments such as the Big Salad, Assman, and the reveal of Kramer’s first name. Episodes like that last one, “The Fusilli Jerry,” don’t just feature one classic gag but multiple legendary jokes. 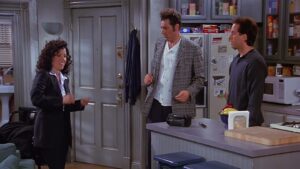 This is the first season in the series without Larry David working as a writer or as a producer, so it does have a different overall feel than the others. George is forced to be a part of “The Foundation” devoted to Susan. Elaine gets tired of dealing with the same mundane nonsense every day and meets a similar group of nicer friends in “The Bizarro Jerry.” Luckily, the talent was there, so many of these crazy episode ideas miraculously worked. We are already getting into the best of the best here, folks. Some of the best episodes of Season 3 are instantly recognizable to fans by their names alone. Notably, “The Parking Garage” and “The Red Dot” bring hilarious images and classic moments to mind.

Though other episodes like, “The Pen,” miss the mark. The episode takes place at Jerry’s parents’ condo in Florida, and it’s one of the few not to feature Kramer or George — and it shows. Season three ranks at 4th, in our list of ‘Seinfeld seasons ranked’. Coupled with the season three finale “The Keys,” the season premiere, “The Trip” plays like a feature-length Seinfeld. George and Jerry visit Los Angeles – where Kramer may or may not be a serial killer – and embark on a season-long journey to make a TV pilot.

Jerry and Elaine debate if Jerry’s girlfriend’s chest is real. Kramer inadvertently launches a Junior Mint to a surgical patient’s chest cavity. A college reporter thinks that Jerry and George are gay…not that there’s anything wrong with that.

Season 4 is best remembered for “The Contest.” This classic premise where the four go in on a pact to try and mitigate self-pleasure has resulted in one of the highest-rated “Seinfeld” episodes ever. 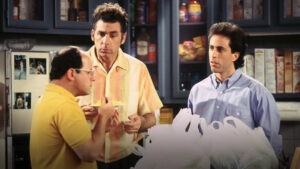 If Season 4 cemented “Seinfeld” as a defining comedy of the ’90s, Season 5 skyrocketed that reputation. When looking back on the season, there is no doubt that this was when “Seinfeld” became one of the best TV comedies of all time.

Season 5 has plenty of funny moments — from George moving back in with his parents, to the group’s obsession with non-fat yogurt, to Elaine’s feud over a piece of toilet paper. 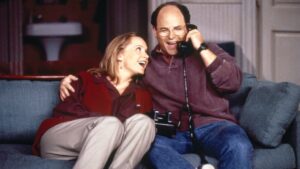 Larry David went out with a bang with one of the best seasons of television ever. This stretch of episodes contained some of the very elements of the show. The season starts with George’s engagement in the premiere and ends with Susan’s death in the finale.

Season 7 also saw what could be the most memorable supporting character of the whole series, the Soup Nazi. Another standout episode is “The Sponge,” which largely focuses on Elaine’s desire to stock up on her contraceptive sponges before they’re gone for good.

Susan dying and then the gang just lamely all deciding to go get coffee was the spiritual conclusion endpoint for the show.