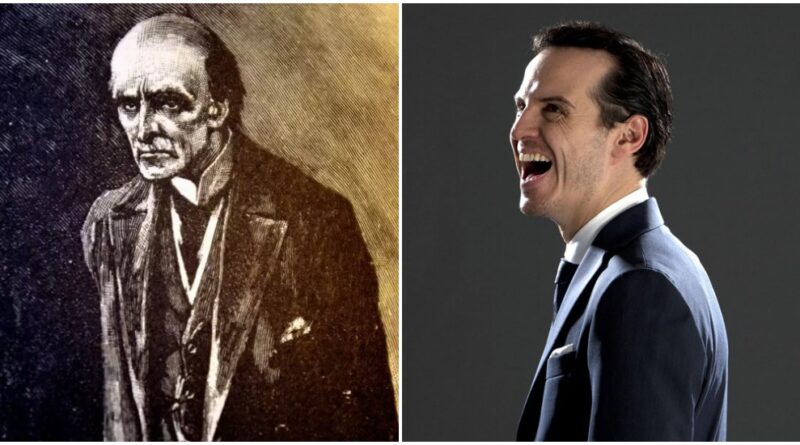 The Sherlock Holmes series is not only famous for its super-smart detective but it also has the world’s most dangerous criminal. So welcome to yet another Sherlock Holmes trivia where we will ask questions about the most dangerous fictional criminal Jim Moriarty. But before jumping to the ultimate Jim Moriarty quiz, let’s take a look at what makes Jim Moriarty such a fascinating character that even the fans can’t resist admiring him as a character.

It is really interesting to note that even though Sherlock and Jim are arch enemies but they are quite similar in their overall personalities. There can be many parallels drawn between the two. Both are highly intelligent and have immense knowledge of their field. We all know Sherlock Holmes is the only person who works as a “consulting detective” which Watson notes be a made-up profession but Moriarty seems to be way ahead of Sherlock. He works as a “consulting criminal”.

All these qualities make Sherlock Holmes and Jim Moriarty quite similar to each other and the most interesting thing is that Sherlock knows that Jim is equally intelligent as him, do we need any other proof? Sherlock’s and Jim’s paths cross time and again in the series. And it would not be wrong to say they both love to be challenged by each other’s as both get bored without anything interesting happening in their lives. And over the years’ different adaptations have presented their relationship in all sorts of ways. 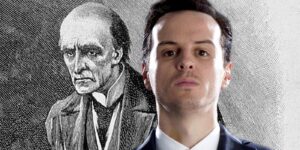 Though most of the early adaptations have made their relationship look like a typical detective-criminal relationship, the BBC version gave a different shade to their relationship. In this version, the duo shared almost a kiss, which was one of the most surprising factors of the series. Of course, there was no love angle between the two but this surprising angle was a fun addition to the original story which left the fans in awe.

In Moriarty, Sir Arthur Canon Doyle presented an antagonist who is very similar to his hero yet very different as well and thus created an archetype on which most fictional villains are based. So that was everything about Moriarty, the mastermind criminal of the Sherlock Holmes series. And now it’s time for you to take up the ultimate Jim Moriarty quiz and do not forget to share your scores in the comment section below. All the best!