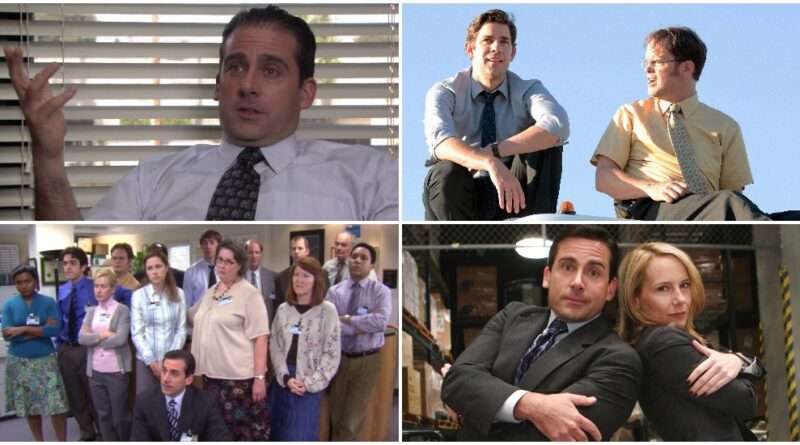 The Office is one of the most loved and rewatchable sitcoms of this century. It is the ‘comfort show’ for a lot of people, who love to watch it on a regular basis. Very few shows have had such massive success as “The Office,” which dominated screens for nine seasons from 2005 to 2013. However, not every season of the show was equally great. In this article, we have The Office seasons ranked, from worst to best.

Based on user rating, critics’ ratings on sites like IMDb, Rottentomatoes, etc, here’s The Office seasons ranked, from worst to best. 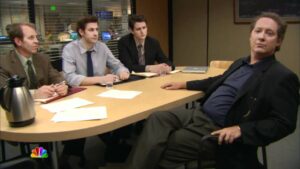 The first season after the exit of Steve Carell, “The Office” found itself looking for a new direction after its main character was no longer present. There aren’t many great episodes in this season. Season 8 saw the Sabre plotline, the plotline of Pam’s maternity leave support, and Kathy attempting to seduce Jim in an effort to build drama in a beloved sitcom couple.

Robert California is an interesting addition to the show. Some fans loved his character, while some found it absolutely inappropriate. Despite these failures, the show did manage to maintain its fanbase viewership. 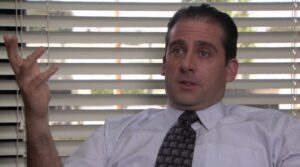 Season one felt more like a trial run, with fans needing some time to settle down to the mockumentary style of a sitcom. This season appears to mirror more elements from the British version of the show. American audiences were not as accustomed to the uncomfortableness of some of the comedy moments. The basketball episode is one of the most loved episodes of this season, while Diversity day is one of the most ‘unique’. 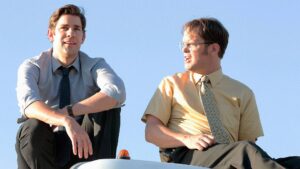 The final season was an improvement over season eight, with more memorable storylines and episodes. However, the absence of Michael Scott can still be felt. The primary Jim and Pam storyline is not really exciting and made a lot of the fans dislike Pam. Andy regains his position as manager at the end of Season 8, but his once charming persona fades away into a stunningly nasty character.

However, it still provided us with some great moments, like Dwight finally becoming the regional manager, Angela and Dwight’s marriage, and most importantly Michael’s brief cameo in ‘Finale’. 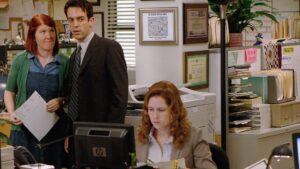 Season 6 of The Office is slow-paced and not as great as the previous four seasons. It was also the point when critics really started to question how much steam The Office had left and how much longer it really could last. The plot, as a whole, was based on how Dunder Mifflin went through a rough patch and an unbending economic turmoil, which led to a few changes in the fictional administration of the office operations.

Jim and Pam’s gorgeous wedding is easily the best part of this season. Plus, the beginnings of Andy and Erin’s budding romance is also great to watch. 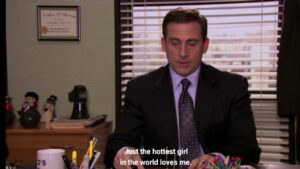 In the final season of Michael Scott, we see a deeper, more vulnerable side of him. The plot of this season focuses on Micheal Scott and Holly Flax and their will-they-won’t-they relationship. She returns to the Scranton branch of Dunder Mifflin and they end up getting engaged. Michael gets the beautiful send-off he richly deserves. The entire season is a great showcase for Michael until he departs, including the fantastic “Threat Level Midnight,” which finally gets delivered.

This season has some low points too. Michael’s replacement, played by Will Ferrell, isn’t really loved by the fans and Gabe’s constant attempts to win Erin back are not at all interesting. 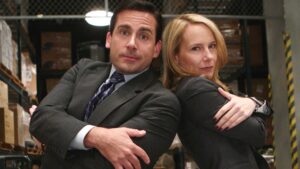 In this season, we see the introduction of the love story between Michael and Holly. Other relationships are going through momentous changes during this season as well, with Dwight and Angela sleeping together despite her engagement to Andy, and Jim finally proposing to Pam.

This is the season where Dwight prepares a terrifying fire drill and wreaks total havoc at the office in “Stress Relief, causing Stanley to have a heart attack. The ensuing safety training and stress-relieving activities make for one of the funniest episodes of the series. Another notable arc of season 5 is the Michael Scott Paper Company, which allows Pam to find a new career path outside of reception. 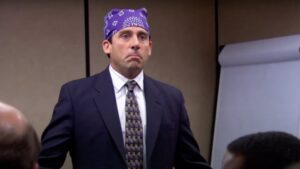 This second season totally pivots into something as serialized as it was refreshing. The opener, “The Dundies” established an event within their world that would be revisited multiple times and referenced occasionally. The “Booze Cruise” episode showed just how the relationship-building between these characters would organically blossom.

Characters like Jan Levinson-Gould had more screen time and watching Michael stumble into a romantic relationship with his beautiful boss provided viewers with many delightfully awkward scenarios. 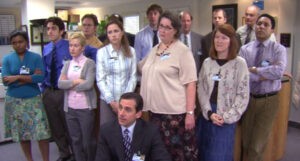 By Season 3, The Office has really hit its stride and made its tone, characters, and dynamics clear. So, it’s no wonder that the season finale has comedic and narrative inertia built up from such a successful season that allows it to fly.

Jim has moved to another branch, cultivating relationships in the process and as a result, is more or less enjoying his new life. He even begins dating someone during his tenure there, but then the two branches merge, which not only brings Jim back home but adds some mouthwatering drama in the form of a love triangle for the viewers to indulge in. 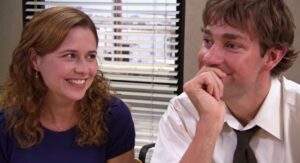 Season 4 consists of many hour-long episodes and it’s been ranked by fans as the best season of The Office. Ryan Howard has received the corporate promotion everyone was vying for at the end of season 3, and he spends most of his time reveling in his newfound arrogance.

Michael and Jan are a full-on couple now, and she’s completely wreaking havoc on his life. Michael Scott is many things, and what makes him remain sympathetic despite his many blunders is his loneliness. The season isn’t just memorable for being an unbelievably over-the-top cavalcade of humor. It also does a brilliant job of emotionally toying with the audience.