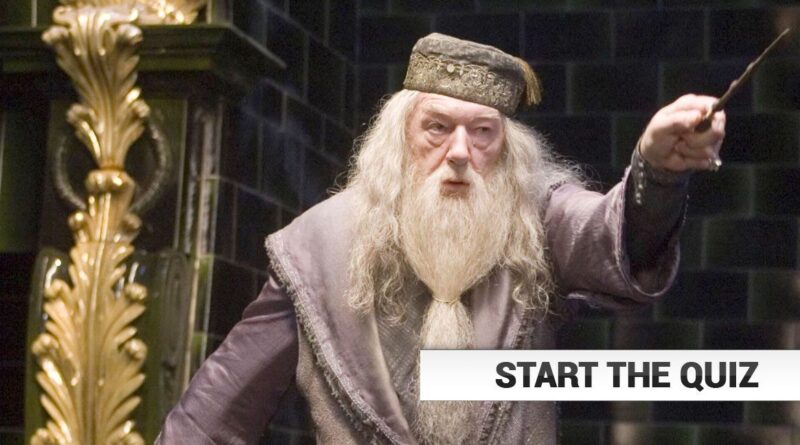 Welcome friends to another edition of Harry Potter Trivia. In this article, we will test your knowledge about Albus Dumbledore. But before we begin the ultimate Albus Dumbledore quiz, let us look into some of the details about the character.

Harry Potter came with its own fair share of brilliantly crafted characters, but Albus Dumbledore, is perhaps, one of the most complex and powerfully fascinating characters to ever have been written into existence. His name commanded respect and admiration from the moment that Hagrid defended him to the Dursleys as the “finest headmaster that Hogwarts has ever seen” – and we hadn’t even met him yet. His pearls of wisdom are relevant to this day, and as dedicated Potterheads, we can often be found quoting him verbatim whenever we need a little courage to get us through.

For a greater part of the series, Dumbledore was the reason why the Dark Lord and his dread hordes stayed away from Harry and Hogwarts; it is why his death broke the hearts of all fans – everyone who couldn’t stand to see their supreme protector destroyed. With the students and teachers of Hogwarts, we raised our wands too, all together, to fight against the darkness gathering on the horizon and to honour the most powerful wizard to ever live.

“There comes a time when we must choose between what is right, and what is easy.”

Albus Dumbledore never shied away from doing anything and everything for the Greater Good, however difficult it may have been. Despite the colossal magical powers at his disposal and the love of hundreds of wizards and witches, Albus had a tragic past. His father was sentenced to Azkaban (where he later died), for a crime he committed to avenge his daughter, Ariana; Albus’s younger sister was attacked by three Muggle boys at a young age and was left scarred emotionally due to the incident, affecting the nature of her magic irreparably. The family shifted to the village of Godric’s Hollow after this mess, in order to hide Ariana’s disabilities that, if discovered, would buy her, a one-way ticket to St. Mungo’s Hospital for Magical Maladies and Injuries, but it was difficult for Albus to grow up with the absence of his father and the erratic behaviour of his sister.

Albus joined Hogwarts and went on to become one of the most prolific students to have ever attended the school, earning numerous accolades and making powerful allies. But his most celebrated stature came with his victory over Gellert Grindelwald, a shrewd and influential wizard whose devious intentions for wizard world domination were thwarted and ultimately destroyed by Dumbledore, in a duel-to-the-death, the likes of which hadn’t ever been seen in the Wizarding World. 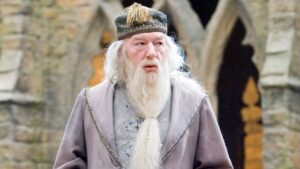 Following on the heels of him becoming the Hogwarts headmaster, came the admission of a young orphan named Tom Riddle to the school, who would grow up to become the evil Lord Voldemort. The last prodigious deed of Dumbledore’s life was to see to the devastation of Voldemort’s intentions and actions, leading to his defeat and demise. Harry might have been the one destined to vanquish the Dark Lord, but it would never have been possible without Dumbledore’s ministrations. Dumbledore lied and manipulated several people and even orchestrated his own death, if only to ensure the vital process of destroying each and every Horcrux, that would inevitably shatter Voldemort’s immortality and give Harry the fair chance at killing him.

Now that we’re done with the quick recap, here’s calling all Potterheads to ace THE ULTIMATE ALBUS DUMBLEDORE QUIZ. These are only some of the facts about Albus Dumbledore and his legendary existence; if Harry Potter trivia still intrigues and excites you, I’m sure you can’t resist wanting to know more about our favourite headmaster.  So “Accio” your knowledge caps and raise those wands as you rise to the challenge to crush these questions. Let the quizzing commence!

Checkout: Harry Potter Quiz; the hardest one you will ever take