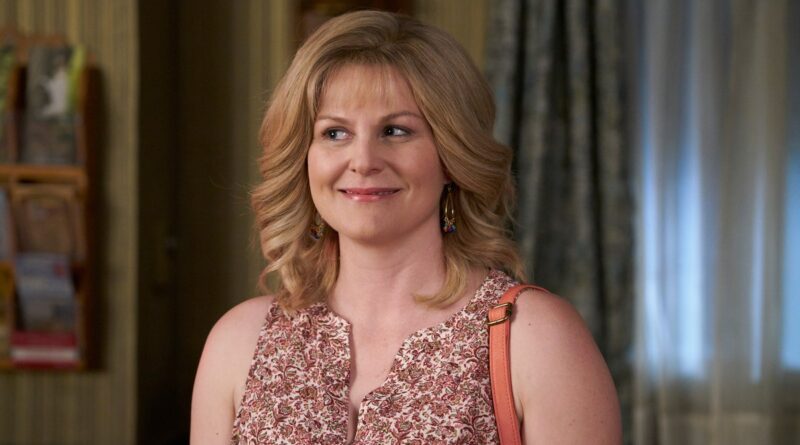 She is portrayed as a history teacher back at Schitt’s Creek High School who found it difficult to get attention and respect from her students but on the other hand, took pleasure when her students started to see her as an object of sexual fantasy. One thing that frequently but not mostly occurred in her life was no matter how much she tried to make things in her favor, the more it backfired on her. One such incident was when she tried to trick Moira into taking the full responsibility of being the Director of Cabaret so that she could save her energy and time, but it backfired on her as Moira made her the Assistant Director.

During Season 4, Jocelyn gets a shock when she gets to know that she is pregnant with her second child because she believed that she was going through menopause. This is when she starts changing into a new Jocelyn, but during these times she is grateful towards the Rose family who helped her out. By season 5, Jocelyn seems to be a new person who has removed her cheerful face and has known how to let out the pressure inside of her and this even brings out her temper outside, as a result of her being an overworking mom who is lacking sleep. 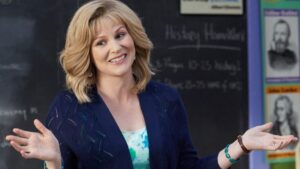 This new Jocelyn is what inspires Moira Rose who encourages her to let loose of certain things in life and also her sheer feminism. And as a result of all the encouragement, she decides to ‘rock on’, and then we see a new Jocelyn with an old 80’s haircut, letting loose of her famous “The Jocelyn” hairstyle. Enough with the info, now it’s time to test your knowledge about one of our favorite characters from Schitt’s Creek. Down below is the ultimate Jocelyn Schitt quiz, try it and let us know your score.