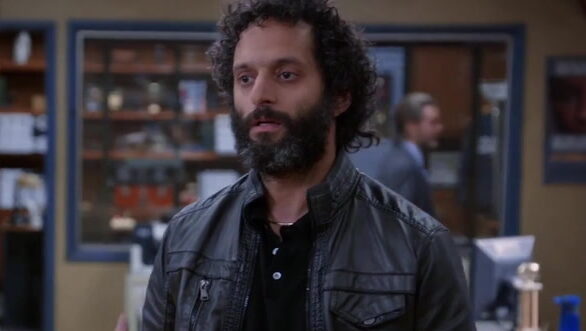 Hey Nine-Niners! Welcome to yet another very interesting and fun-filled quiz on Brooklyn Nine-Nine. As Brooklyn Nine-nine consists of a whole range of different characters so we thought why don’t we take up another very interesting character and test your knowledge about him. And it is none other than Adrian Pimento. So let’s talk a bit about Adrian and how he is important to the storyline, before beginning this Adrian Pimento quiz.

Like any other blockbuster sitcom, the writers of Brooklyn Nine-nine have also given a considerable amount of thought to the writing and development of its minor characters just like their major ones. And one such character is Adrian Pimento, who appeared in the third season of the show and twisted the storyline in a different direction. Like any other recurring character of the show, Adrian also has a long history and that gives a certain amount of depth to the character which makes the character feel real and relatable to the audiences. Though I don’t think any of us had the same experiences as Adrian!

Adrian was portrayed as an undercover who has almost gone through every psychological torture that anyone can go through. And maybe somewhere in the midway, he became the way he is. So these adventures sometimes do make him more interesting than our detective-right-all-the-time Jake Peralta. But I wouldn’t go to that comparison. But many things are similar in Jake and Adrian as well. Of course, they both had the same desk at the Precinct but they also share a very good sense of humor. The only difference is that; Jake uses it intentionally but Adrian is humorous unintentionally.

The first impression of Adrian may not have been nice but as the story evolved, we got to see some really interesting things happening with the character that made the story even more interesting. Especially, Adrian’s involvement with Rosa and their love relationship was a really good segment to watch. The main attention was on both of them was because of both very crazy and dynamic characters. Their love story made the other members uncomfortable, but it certainly was loved by the audience. Though the love angle between Rosa and Adrian was quite liked by the audience yet they did not end up together. 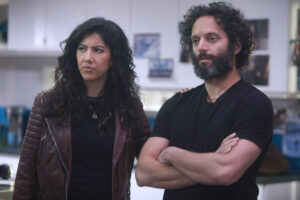 Another thing that Adrian’s character did bring to the show was a little dark side of being a detective. He was the one having horrifying experiences as a detective. Though most of the Nine-Nine didn’t believe him initially (like all of us!), he did emerge as a very promising character that made a place in the heart of all the fans of Brooklyn Nine-nine. And he remains one of the most fascinating and interesting characters of the show.

So that was it about Adrian and Brooklyn Nine-nine. Now is your turn to tell us how well you know Adrian Pimento. The answers to every wrong question will appear after you have selected the answer. So don’ wait, scroll down and take up the ultimate Adrian Pimento quiz and let us know your score in the comments box below.