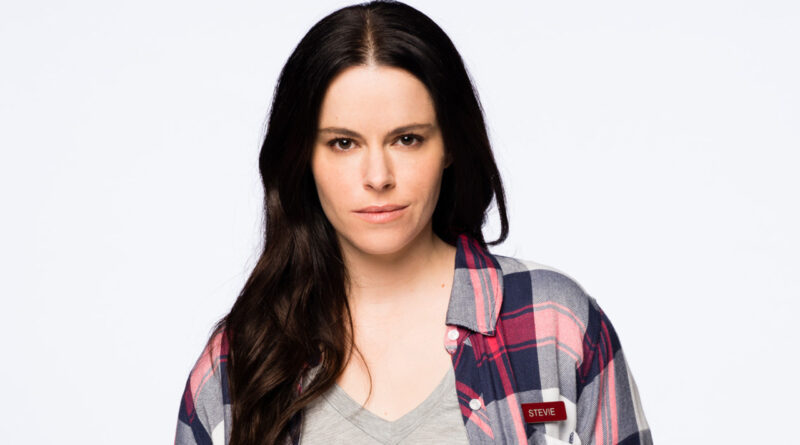 Hey folks! Welcome to yet another fun-filled and interesting Schitt’s Creek trivia. In this post, we will test your knowledge about Stevie Budd. But before we start the Ultimate Stevie Budd Quiz, let us look into some details.

A character who was quite aloof from the outside world, a person who did not have any such thoughts or concerns about her future, Stevie Budd is one of the main characters of the show. She was initially the clerk back at Schitt’s Motel but she did not take much interest in it and spent her time either playing solitaire on the motel’s computer or hanging around with David, in general doing stuff other than her duties back at the Motel.

Stevie was one of the first people that the Rose family encountered when they arrived at the Schitt’s Motel. David Rose was the one with whom Steevie had developed a good bond as both shared the same personality such as being introverts who had few friends and who also didn’t like social interaction. Though Steevie was somewhat a tomboy, she did leave everyone shocked on the rare occasions when she dressed up. Though both of them had a good bond, they were not actually in a relationship, they were more like friends with benefits because Steevie always doubted her romantic prospects due to the fear that she would end up like her aunt who had numerous romantic rejections in life. Their “friends with benefits” relation was short-lived, as David confesses to Steevie that he was pansexual. 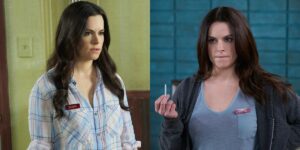 Speaking of feelings they did have something beyond the “friends with benefits” thing. Stevie could be seen hurt, when David ran away from the town, without telling her goodbye. On the other hand, David reciprocated the same which can be seen when Moira indirectly accuses her of stealing the diamond earrings which Johnny had hidden in his shoes. After learning this, David catches up with Steevie to apologize to her for his mother’s demeanor. As the series progresses their bond becomes more like a platonic relationship to such an extent that the Rose family starts to accept her as one of their own.

Enough with the details, let us now begin the ultimate Stevie Budd quiz. This would test your knowledge about one of our favorite characters from Schitt’s Creek.