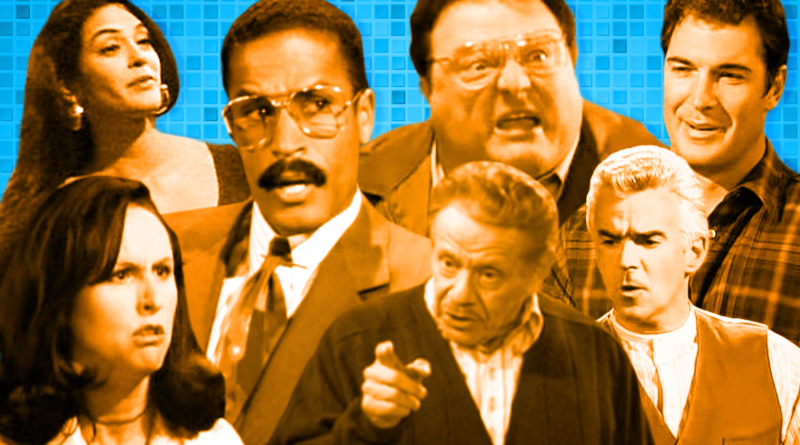 Seinfeld is one of the greatest and influential sitcoms of all time. Though the show revolved mainly around Jerry Seinfeld and his group of friends, there were such roles which though did not appear much, but did have some importance in the show. In this trivia, we will test your knowledge, but before starting Seinfeld supporting characters quiz, let us look into some details.

One such name that comes up when we talk about supporting characters with minor roles would be Jerry and Kramer’s neighbor Newman, who considered Kramer as a good friend but had a grudge against Jerry. If Newman had a grudge against Jerry, the next character Susan Ross hated Kramer. She was the ex-fiance of George, who died from toxic envelope adhesive. There were several reasons for which she hated Kramer, such as burning down her father’s cabin and even throwing up on her in the show when he drank some bad milk. A relatable character which most of us have seen in our neighborhood surely was Uncle Leo, the annoying one, who frequently used to brag about his son Jeffrey’s achievement when he worked at the Park’s Department.

The show included small roles of parents of the lead characters whose roles were quite appreciable like Frank’s Costanza, the father of the lead character George Costanza, but the father-son relationship between them was not good. They both did not want each other in their lives. On one hand, Frank wanted George out of his house and on the other hand, George wanted to run away from his parents.

Speaking of parents, Jerry’s mother Helen Seinfeld in turn likes her son and always used to question “How could anyone not like him”? pointing towards Jerry. Two of the characters that she didn’t like were, just like. On the other hand, Jerry’s father, Morty Seinfeld, made a living by selling raincoats, of which his great accomplishment was his invention of “the beltless trench coat”. He was once impeached as the Boca Vista President when the board members accused him of stealing money to buy a Cadillac, which was bought by Jerry for him. 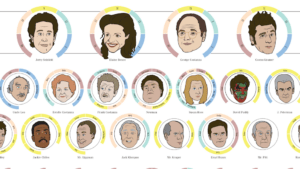 Based on a real person, was Jacopo Peterman’s character, was the boss of Elaine Benes, who had quite an interesting history which included opium addiction. Some of the other superiors and bosses of the lead characters, like Mr. Matt Wilhelm who was George Costanza’s supervisor, while he worked as an assistant to the traveling secretary at Yankee Stadium. Another boss was Mr. Lippman, who was Elaine’s boss at Pendant Publishing, who fired George over his inappropriate relations with the cleaning lady at his office, and played such roles that gained attention.

There were quite some roles that revolved around Elaine, like Justin Pitts, who made her do personal jobs. However, she lost this job when Justin’s inmates suspected her of planning the demise of Justin to inherit his possessions. Another character was Russell Dalrymple, who had a crush on Elaine which led him to join Greenpeace in a view of impressing her. He was also the NBC President who interviewed Jerry and George for their pilot. One of Elaine’s coworkers was Dugan whom we see in the episode “The Foundation”. 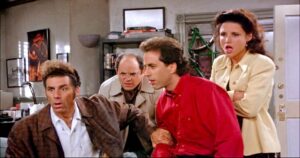 Elaine’s on and off boyfriend David Puddy, was one of the most cheerful minor characters that one came across in the show who worked as a salesman in a Saab dealership, wore an 8-ball jacket, and also enjoyed giving high-fives to everyone. Some of the other small but impactful roles were of Jackie Chiles who was Kramer’s lawyer who was known for using several exclamations in a single sentence whose role was quite appreciable. Jerry’s fellow comedian, Kenny Bania with whom he frequently came into contact in the New York City comedy circuit.

The only doctor in the show was Dr. Tim Whatley who was a dentist who also could have been someone who had sexual relationships with his nurses. Without all these characters, the show would not have been a great success as each played a minor but together added up to a big role throughout the show. Now a quiz on these minor characters of the show would be quite challenging. Down below is one, try it and see your score.

Checkout: The Hardest Ever Seinfeld Quiz