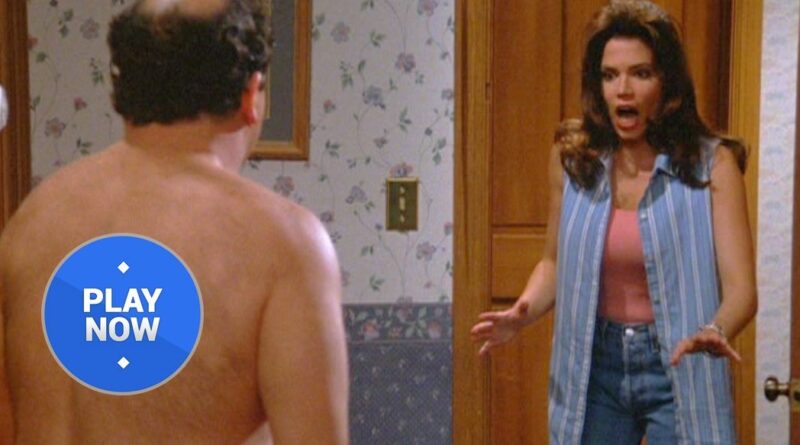 Hey people! Here we are again with an amazing quiz about one of the weirdest, eccentric, sometimes annoying yet the most popular character George Costanza from Seinfeld. In this Trickiest George Costanza quiz ever, you will get to test how well you know George Costanza. But before taking up the quiz, let’s see what makes George so unique and popular in the first place.

Popularly known as the show about nothing and first aired in 1989, Seinfeld is one of the most popular and top-rated American shows. The show, that follows the life of Jerry Seinfeld and his three friends George, Elaine, and Kramer. But today’s article is solely dedicated to George who is incredibly portrayed by Jason Alexander throughout the nine seasons. Though George’s character is a sidekick of the central character, the performance of Jason Alexander has made it an unforgettable character. So much so that Entertainment Weekly has also included it in the list of the “50 Greatest Sidekick” where he is among the top 5 spots.

The very first thing that makes the character of George very appealing is that it is a reel version of a real person. Yes, you heard it right! The character is hugely inspired by the show’s co-creator Larry David. Though many people may feel George be very weird and unconventional it is not impossible to have a personality like George in real life. And even if you have not met such a person you may have spotted some of his personality traits in many people. In fact, many qualities of George are there in all of us. Be it anxiety, low self-esteem we all have faced these things in our lives, and all this ultimately contributes to our understanding of the character.

For a sitcom, one-liners are the most important thing. And no other show can beat George in doing that. The one-liners of George make him one of the most unforgettable characters on television. He is witty, funny, and yeah at times nonsensical, but got to admit that he is the uncrowned king of one-liners. Who can forget the “Lord of idiots” after all? George is one of those sidekicks who possess the power to be the central character and that is what makes him so unique. And fans have admitted that in many scenes he also overshadows the central character. 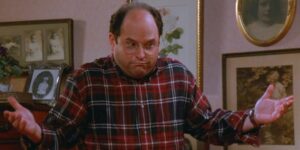 All the credit for creating such an unforgettable character goes to the show’s writers and director, and how can we forget Jason Alexander for giving life to the character. As a result of his great performances, the actor was nominated for various awards, though unfortunately, he didn’t win most of them. But the audiences love to watch him and what award would be better than the love of audiences. Seinfeld went off the air in 1998 and since then no show had ever beaten the benchmark set by the show as a comedy series. But now enough talking, scroll down to the quiz where the ultimate George Costanza quiz is waiting for you. Let’s see if you know them all. Best of luck!