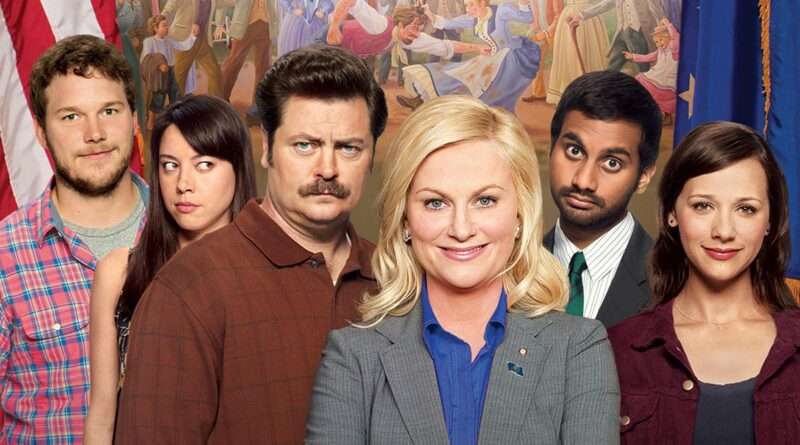 As we know, the show has been created by Greg Daniels and Michael Schur, the show also gives ‘The Office’ vibes at times, and undoubtedly, the show is known for its impeccable writing. The most amazing of Parks and Recreation is that the show has such unique and vibrant characters. Not only that, the most important thing to note is that all these characters have a separate story of their own, and not for once does the series seem to focus on a single character.

Being a political satire, the show’s different characters represent different political ideologies. The main protagonist of the show and the show’s most amazing character Leslie Knope is in itself a reason to watch the show again and again. As an over-achiever and highly optimistic woman, Leslie’s character gives the most positive vibes in the show. Leslie portrays a mid-level bureaucrat who loves her town and wants to do everything she has in her power to make it a better place. Though her character sometimes seems too good to be true, yet we cannot deny that she is a very good portrayal of an honest bureaucrat. 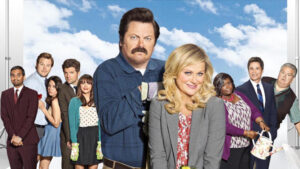 The second and often called the funniest character of the show, Ron Swanson is the soul of the show. As a man who works for the government and doesn’t believe in it is a whole story in itself. Ron’s character is relatable because we all are finding faults with others but what makes Ron different than us is that he can say that to our face! Ron is sometimes so rude and yet sometimes so considerate to others that it becomes a puzzle to make out his character. But his fatherly relationship with April balances his character really well.

Another equally loved and brutally honest character of the show is April Ludgate. April is an anti-social person who hates talking to anyone. And her character is so relatable to anybody who is an introvert and likes to be herself. One of the most important aspects of April’s story is her love story with Andy which is so sweet and warm. Andy’s love and companionship change April whenever she is around her and gradually she becomes a totally changes person who is less insecure and more confident in herself. Other supporting characters of the show like Anne Perkins, Tom Haverford, and Jean Ralphio are also very well-written characters which make the show even more wholesome.

So, these were some of the most iconic characters of Parks and Rec. But now, it’s time for you to take up the hardest Parks and Recreation quiz, and do not forget to tell your scores in the comments below.

The Hardest Parks and Recreation Quiz