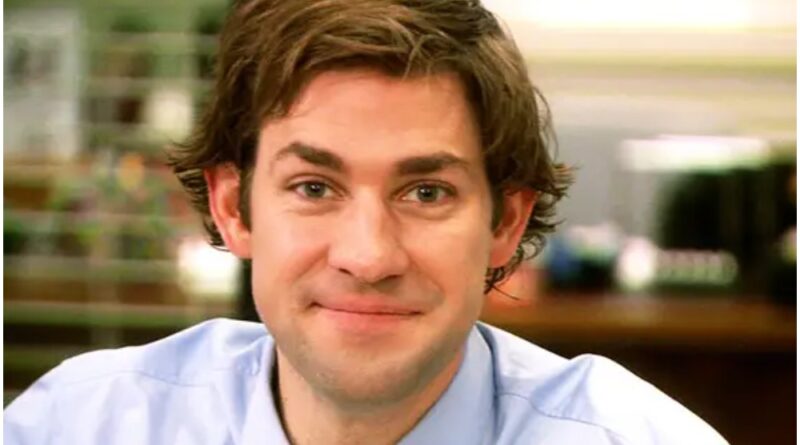 Hey guys! We are back with yet another ‘The Office’ quiz which only a true die-hard fan will be able to ace. Today we will ask you thirty questions about one of the most handsome employees of Dunder Mifflin in this Ultimate Jim Halpert quiz. So without any further ado let’s see what makes Jim the most sensible and the most amazing person on the show.

‘The Office’ rarely has characters that could be called normal in the general sense. A few exceptions being Oscar, Pam, and Jim. And when it comes to being the most hysterical as well as being sensible, no one can beat Jim. Jim is a great combination of both comedy and sensibility. The most important factor that makes him one of the most favorite characters of the show is his pranks! Jim is the ultimate prankster of the office. In the course of 9 seasons, we have witnessed hundreds of pranks pulled up by Jim along with the help of Pam, who was his partner in crime every time.

Though Jim has pulled pranks he had one favorite employee whom he loved to tease. Any guesses? Yes, we are talking about the one and only Dwight K. Schrute. As much as we love Dwight’s character, we must admit that Dwight’s one-on-one notorious fights and pranks were the reason for their character’s popularity. But it was not only pranking that made us all admire Jim. It was also the sensible guy that Jim was that made him the most admirable character. Keeping in mind the kind of people who were there at Dunder Mifflin, we admire Jim even more.

Another very important thing is his love for Pam. Being the central romantic couple of the show, Jim and Pam are the most important relationship of the show. Of course, we love Dwight-Angela, Michael-Holly but Jim-Pam are the ultimate couple goals. The most important thing in their relationship is the respect they gave to each other. Jim supporting Pam during her Art-school venture and Pam supporting Jim about the Athlead business was the toughest times for both of them, yet they stuck to their love and became the most amazing couple on television. 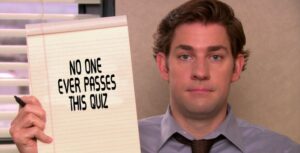 Thus, Jim became the ultimate definition of a dream life partner every girl wants to have. Besides this, Jim’s character development throughout the series makes him even more amiable. We meet Jim in the Pilot episode where he was just a regular salesman and is adamant about his job at Dunder Mifflin and he doesn’t forget to mention that this is just a temporary job and he can’t imagine his whole life here. But as the series progresses, we see him getting mature and taking his job seriously. But he was serious when he said his job was temporary and we see him join Athlead to fulfill his dream.

So this was the journey of Jim from an ordinary salesman to a business owner. But now it’s time for you to take the ultimate Jim Halpert Quiz. Do take it and don’t forget to tell your scores in the comments!