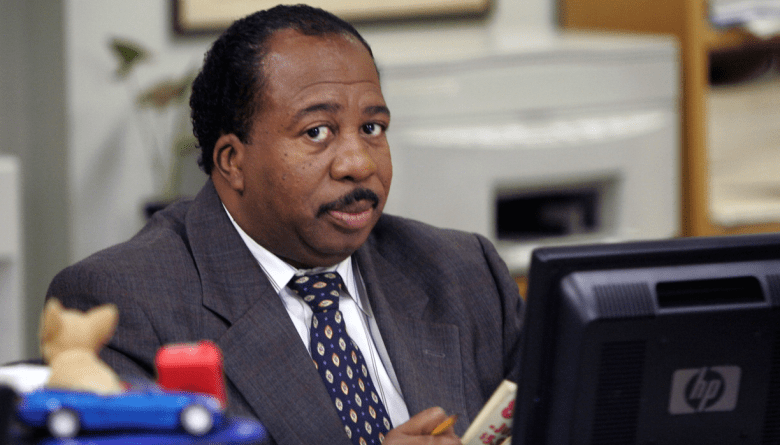 Welcome to another edition of The Office trivia quiz. In this quiz, we will test your knowledge of Stanley Hudson. But before we begin the ultimate Stanley Hudson quiz, let us look into some details of the character and the show itself.

The impact left by The Office will always have it remembered among the greatest sitcoms in the history of television. A show about a paper company office in Scranton, Pennsylvania had no right to be highly entertaining. The premise sounds like the dullest possible idea. However, it provided some of the best comedy you’ll ever find.

One of the biggest reasons for the success of The Office was the diversity of the characters. The characters were different from each other and the writers did an extremely great job by showing how frustrating, exciting, fun, and sad it can be to work in an environment with so many different types of people! One of the many characters is Stanley Hudson.

Stanley is the true king of sarcasm and the master of the eye-roll. He is known for his laziness, most evident by him working on crossword puzzles during work and the various staff meetings. He is also characterized by his general distaste for his job and life, with his ultimate goal being to retire. On the rare occasions where he shows emotion, you can always bet you’re in for a hilarious scene. Although he has many famous outbursts, my personal favorite would have to be when he yelled at Ryan. Also, he has the greatest laugh ever. 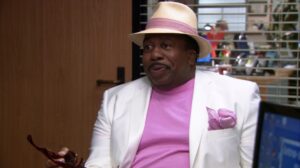 Down below is the ultimate Stanley Hudson quiz. There are 20 questions in this quiz and you need to answer at least 16 to pass. We wish you good luck.