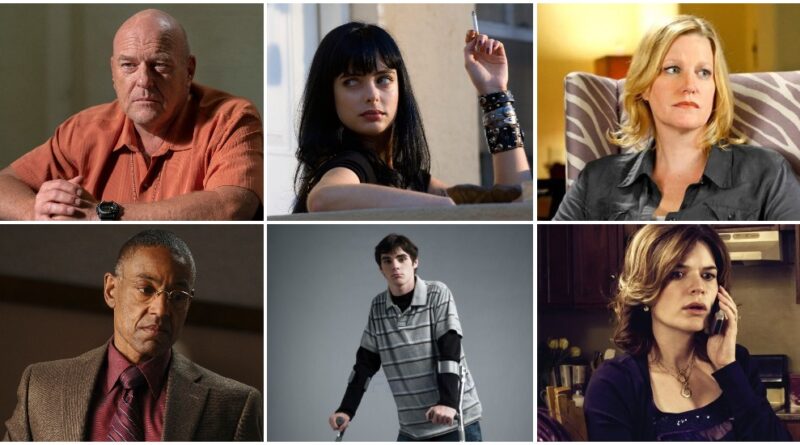 The most important and most-layered supporting character has to be Skyler White. There are a lot of reasons why Skyler is so important to the story. First of all, she is Walt’s wife and of course, Walt loves him but she is also somebody for whom Walt can do anything. She is his consciousness that keeps him sane. As the story progresses, Walt becomes more and more greedy but it is Skyler who keeps giving him reality checks time and again. She sustains him from becoming the worst and through she fails in doing so yet she is the most important aspect of the story besides the two leading characters.

Another very important supporting character in the show is Hank. Walt’s brother-in-law and DEA agent, Hank is constantly busting drug dealers. Hank is an important aspect of the show as he is a constant threat to Walt’s drug business. There is also some type of personal conflict between the two as Walt doesn’t seem very much comfortable around Hank. Of course, there are a few instances where he genuinely cares for him. But we have to admit Hank has a boasting attitude that Walt does not like. This is apparent in Walt’s recovery party where he tries to show Hank his place though it backfires. Hank’s wife Marie is also a very important supporting character who is way worse than Hank. Both these characters seem weirdly multi-layered, with the on-off relationship with the Whites. It’s hard to divide into a straight category of good or bad. It’s funny how most of the supporting characters are mostly related to Walter and not Jesse. And ironically, Jesse seems to care more about family and friends even though he has none whereas Walt has everything that Jesse wants but he doesn’t value them or values them more than we can comprehend? But one of the most important supporting characters that bring out the best in Jesse is Jane. Jane is on her way to recovery from being a drug addict. Jesse and Jane develop a beautiful relationship and it shows a totally new side of Jesse until they indulge in drugs. Jane’s character is comparatively shot undoubtedly very important.

Now the last character that we cannot miss discussing is Walter Jr., Walt’s 16-year-old son and this though he doesn’t say much yet he is an important part of the story he is probably the reason why Walt is so eager to earn more and more considering Walt Jr. is handicapped. He loves Walt and they share a good bond. They both share light moments that keep them going.