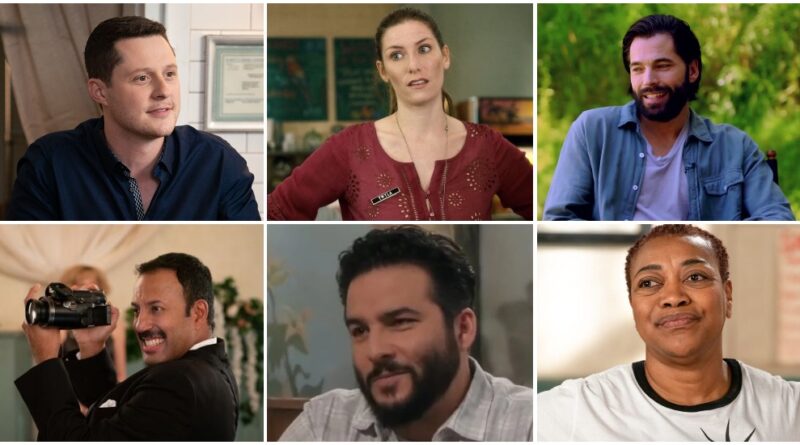 The show mostly revolved around the Rose’s, but several other characters also played some really good roles and gained attention. One of the characters that we wished we saw more of is Jocelyn Schitt, the “First Lady of Schitt’s Creek”. She is so famous that the local salon had a haircut named after her “The Jocelyn”. She even led an all-female Cappella group called The Jazzagals. Jocelyn is mostly seen as the jolly person until the time she was pregnant with her 2nd baby after which she left her cheerful demeanor and became more real towards people.

Another lady character who played a good role as a supporting artist is Twyla Sands, the owner of Cafe Tropical. She even had other talents such as being a tarot card reader. Twyla preferred the simple life, attending to her customers and being all ears for them rather than using the 46 million dollars that she won in a lottery and seeing people being different towards her.

Speaking of impactful supporting characters, David Rose’s fiance, Patrick Brewer’s importance in the series started growing since he was portrayed in Season 3. Patrick is a business-minded person as well as a practical person in life whereas David is a creative and emotional person which perfectly complemented each other in both business and in life. Patrick started as a supporting character but his importance grew as the show progressed. 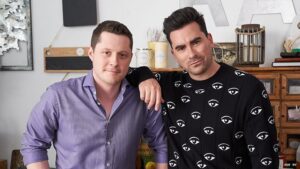 Another interesting character is Emir Kaplan, who is a travel blogger who had come to town to review the new Rosebud Motel. As it was the motel’s initial stages, the Rose’s still rolled out the red carpet for him. Even though he understood their trickery, he still had a good time there and wrote a good review regarding the Motel. One of the characters that most female audiences couldn’t ignore is the son of Roland and Jocelyn Schitt, Mutt Schitt, who is not introduced in the show until the birth of his baby brother and also because he followed his girlfriend away from the Creek. His love for ‘green plants’ as well as smoking them, made him end up in community service.

The Creeks’ one and only veterinarian are Dr.Ted Mullens, who is Alexis’s on and off boyfriend and a sensitive person, not the type that Alexis went for. One of the civil servants that played a good role as a supporting character is Ronnie Lee, who guided society towards a positive goal. Her relationship with the Rose’s remains a negative one that hasn’t softened over the years.

Another profession seen in the Creek is Bob Currie, the mechanic and just like Ronnie even he is not fond of the Rose family. His relationship with Johnny is quite interesting, and it is hard to distinguish who was the hero and the villain in their relationship. Last but not least is Ray Butani, considered to be the all in all. Any service that one searches for in the Creek and is unsuccessful in doing so, the only man to turn to is Ray Butani, who is a photographer, travel agent, real estate agent, and also a seasonal Christmas tree seller and even sat in the city council. But Ray could only be seen for a few episodes but became a genuinely funny character on the series.

Enough with the information, now let us dive into the Schitt’s Creek supporting characters quiz. Give this a go and see if you are a hardcore fan of the show or not.