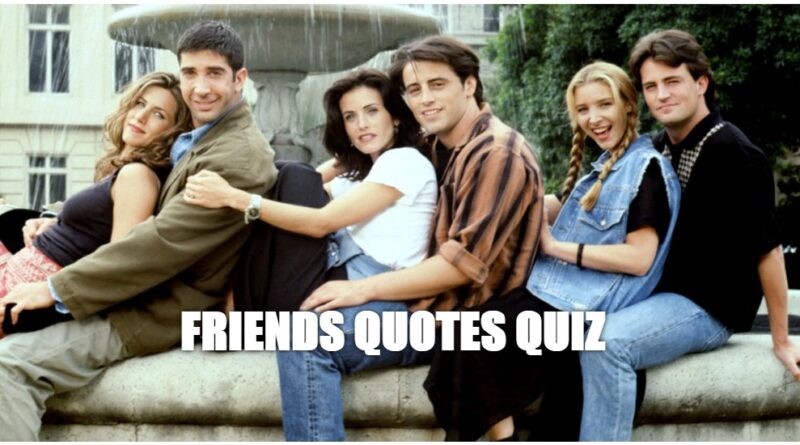 Hey guys! Welcome to yet another amazing and challenging quiz on Friends. We all love ‘Friends’ and have watched it over a million times, but do you remember all the amazing dialogues of the show. Joey’s dumb remarks, Chandler’s sarcastic comments, and Ross’s paleontology knowledge. But before straight jumping to the ultimate Friends quotes quiz, let’s take a look at what was the most unique and most interesting factor of every character’s dialogues.

After watching the ‘Friends Reunion’, we can surely say why this show is still such a big deal after 25 years. Before the reunion, we all never got to know the bond our six friends shared, and believe it or not it is their bond that made their performances so effortless and charming. The most important thing about ‘Friends’ is that all the actors are so similar to the character they had to play that it doesn’t seem like they were even acting. They still are the same Ross, Rachel, Monica, Chandler, Joey, and Phoebe whom we have loved for years.

As revealed by the makers of the show, the writers used to make charts to make sure that all the six characters get an equal amount of dialogues and time which created a sort of balance between the character from overshadowing one another, but still, some of the characters are everyone’s favorite. And when it comes to dialogues, Chandler wins this one. No one can disagree that Chandler was the most hilarious character of the show. Many of his fantastic dialogues and gags are suggested by Matthew himself. It would not be wrong to say that Chandler is similar to the actor’s nature, making the sarcasm look natural.

The next person who utters the most thought-provoking dialogues has to be Joey. I mean the who could have known what ‘Moo-point’ is if Joey hasn’t told us? Joey’s dialogues are dumb and childish, but they are most insanely hilarious, especially when Joey and Chandlers are interacting. They are perhaps the most hilariously classic duo of television. 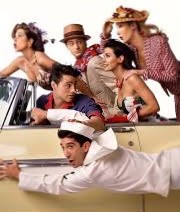 But it not our girls are any far in making us roll in laughter with their dialogues. And Phoebe is the most comedic female character with a weird yet mesmerizing sense of humor. Sometimes she seems too much like Joey but Phoebe for many is a unique combination of Chandler and Joey both and that makes her one of the funniest characters of the show. But besides these three, other characters are also very funny and have their way of being hilarious and comedic. But what makes the show’s dialogues more hilarious is the character’s expressions and body language that compliments each other.

‘Friends’ is and will always be our favorite show and every word utter on the show is a gem of its own. But let’s wrap this discussion for now. Scroll down and take up the Friends quotes quiz and let us know how much did you manage to score!

Who Said It? Friends Quotes Quiz