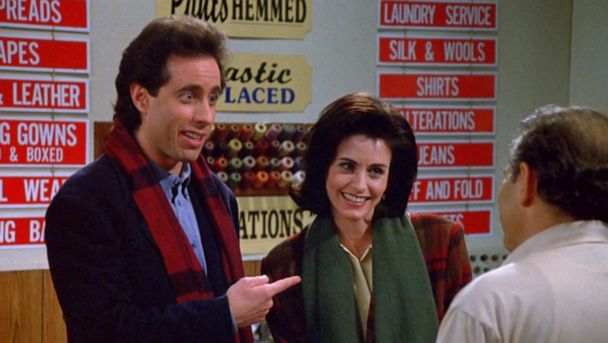 As integral as Seinfeld‘s four core cast members were to the show, Seinfeld would never have become the same phenomenon without its minor characters. The comedy came packed with one-off and recurring guest stars who helped create some of the most memorable moments from the show’s nine-year run. In this article, we will have a look at some of the best guest stars on Seinfeld.

Here are the ten best guest stars on Seinfeld ranked. Stars such as Newman, Uncle Leo and other minor characters are not ranked. 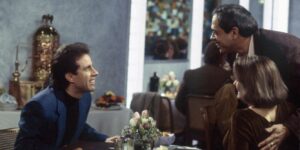 Poppie was shown as the father of Audrey, Jerry’s date. Jerry watched in horror as Poppie refrained from washing his hands in the washroom, then went on to prepare food with his hands, leading to Jerry not wanting to eat Poppie’s pizza.

Later, in “The Couch,” Elaine sent him to the hospital following an abortion argument, then he popped by Jerry’s apartment and inexplicably peed on his couch. Twelve episodes later, he peed on the same couch again in the lobby of Mr. Pitt’s building. 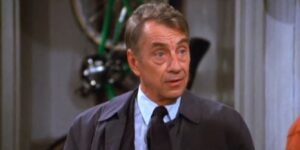 Philip Baker’s appearance on Seinfeld was as the curmudgeonly, all business, just-the-facts library detective. Having forgotten to return his copy of Henry Miller’s Tropic of Cancer back in 1971, Jerry is forced to deal with 20 years of overdue-book fees — and worse, incurs the wrath of the NYPL’s in-house bruiser.

“That is one tough monkey,” Jerry says as Bookman strides away, late-fee check in hand.

One of the best guest stars on Seinfeld, Hall himself said that his pulpy, rat-a-tat-tat take on Bookman “opened doors” and helped turn him into one of the best go-to gruff guys in the business. 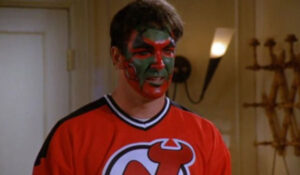 During the nine seasons, one recurring character kept coming back for more of Elaine’s wonderful brand of crazy–David Puddy. Usually just referred to as “Puddy” the character was expertly played by the tall dark and handsome actor Patrick Warburton.

Puddy’s odd quirks and deadpan delivery made every time he was on screen a treat. From his first appearances as Jerry’s mechanic to the finale when Elaine yells “Puddy, Don”t wait for me” and he replies “I won’t” we have loved what Patrick Warburton added to this wonderful ensemble cast. 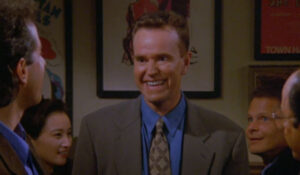 For a character who was introduced to Seinfeld as being an absolutely miserable comedian, Kenny Bania’s run on the show can easily be called one of the most consistently funny.

Kenny really knew how to really push all of Jerry’s worst buttons and could make him fly into a entertaining rage at the drop of a hat.

Kenny has also entirely changed the way we hear the word “gold” as a positive adjective, as you can’t help but internally think, “That’s gold, Jerry! Gold!”