If you’re the kind of person who doesn’t flinch when things go bump in the night and would rather go and explore what made the sound, this list is for you. Here’s a list of ”best horror movies of all time” ranging from chainsaw-wielding maniacs to phycological thrillers to paranormal hauntings.

Here is the ten best horror movies of all time based on fans’ and critics’ ratings. 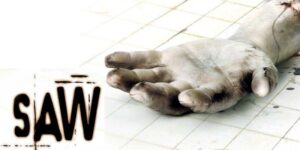 Although arguably the sequels of the Saw might have reignited the torture genre in horror movies with all the blood and gore they have, the original Saw wasn’t gross as its sequel. The original Saw does have its moments that make you flinch, but the premise of the movie is very frightening.

What makes the movie scary is that as you watch the characters go to their extremes (like saw their leg off to escape or plunge their hand into a  stomach to find a key) you wonder, what would you do if you were in that position? Couple the physiological fear the movie evokes with some of the best jumps scares ever, and this movie is definitely among the best horror movies of all time 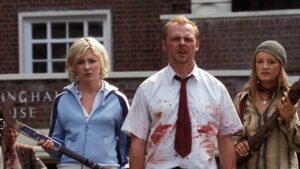 If you add humor to a horror movie does that make it any less scary? Probably not. Shaun of the Dead is the perfect example of how that’s possible. The story revolves around Shaun, a down on his luck man who leads a less than average life. But when he finally decides to get his life back on track is the day the dead decide to rise. Armed with a cricket bat and his best friend by his side he decides to be the hero everyone deserves.

What gives the movie a spot on our list is that no amount of humor can make watchers forget that this is a movie about cannibalistic zombies who are out for blood. There are enough scenes with blood and gore that will make your stomach turn and will leave their imprints in your mind. 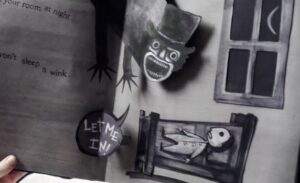 The Babadook was such a successful horror movie that overnight it became the current generations boogeyman and for good reason. The Badabook is one of the best horror movies of all time. The movie is about a young widow who became a widow because her husband died driving her to the hospital to give birth to their son. Years later she’s trying to raise that son to the best of her ability, but the kid is super weird. He refuses to sleep, has fits, fights with other kids and constantly complains about a monster that wont leave him alone. To add to the mix, there’s a seemingly indestructible picture book about a mysterious character is a top black hat.

But what makes the Babadook so brilliant is that even if you take the monster element out of the plot, the movie is still enough to get under your skin. It draws a parallel between grief and depression and often asks questions that most people can’t seem to ask out loud: can you dislike your own child? How do get over such a senseless tragedy and is caring for your child enough reason to move on from the grief? The movie leaves you wondering if the Badabook is actually real or is just a way for the grieving widow to channel her rage and grief? 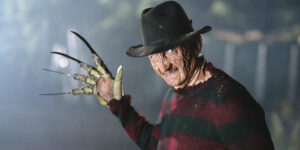 Your bed is supposed to be safe, where after a long day you can slip into oblivion, away from the world. But when every time you try to sleep, you’re haunted by a horribly disfigured creature who wants to rip you apart with his razor sharp claws makes the idea of going to sleep and never waking up even more terrifying. And that exactly the fear Nightmare on Elm Street instills.

An entire generation of children are being haunted in their sleep by a ghoulish creature and they struggle to stay awake. But when no amount of caffeine or loud music can save them from a shut eye, you can feel their exhaustion and fear. Couples with gruesome murders especially Johnny Depp’s, this movie isn’t one to miss.