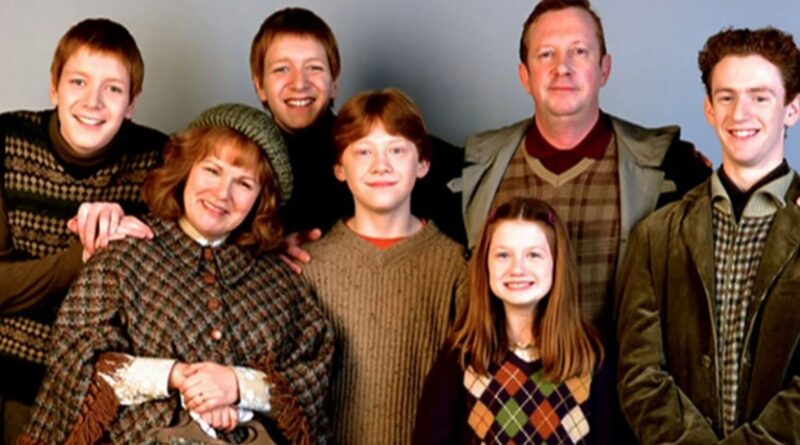 Welcome to another edition of the Harry Potter trivia quiz. Here we always test your knowledge of Potterworld. In this one, we will quiz you about the Weasley family. But before beginning the ultimate Weasley Family quiz, let us look into some details of the family.

“Red hair, vacant expressions… tatty second-hand book, you must be the Weasleys”, that is the first description we hear about the Weasley family, delivered by none other than Lucius Malfoy, in the movie “Harry Potter and The Chamber of Secrets”. Draco says something similar in the books, but as the story goes on, we quickly realize how these words are spoken out of contempt and jealousy.

The Weasley family is actually one of the most prominent wizard families in Great Britain and more importantly, they are pure-blood (even included in the Sacred Twenty-Eight list, published in the Pure-Blood Directory by the 1930s, much to their distaste). However, due to their financial status and their association with Muggle-born witches and wizards and even, Muggles, they are always scorned and viewed by most pure-blood elitist families as “blood traitors”.

Other than their characteristic red hair, the Weasleys had large families with many children, a trait considered peculiar amongst wizarding families. For generations though, only boys were born into the family, a trend that ended with the birth of Ginerva Molly Weasley, or Ginny. The next generation of Weasley kids, however, had more girls than boys.

The Weasleys were also not bothered about being called “blood traitors” and seemed rather, proud of their ties with anyone who wasn’t pure-blood. They were poor by Wizard standards, especially according to Ron’s description of the contents of their Gringott’s vault, but they had a small comfortable house that was amply welcoming to all their friends. The Weasleys fought in the Second Wizarding War with their lives and were pivotal in the victory against Lord Voldemort and his death hordes.

The Weasley family head was Arthur Weasley, who worked in the Ministry of Magic, in the Misuse of Muggle Artefacts Office and later, as the head of the Office for the Detection and Confiscation of Counterfeit Defensive Spells and Protective Object. His wife was Molly (Prewett) Weasley. They got married right before the First Wizarding War, and during the course of the war and afterward, bore seven children – Bill in late 1970, Charlie in 1972, Percy in 1976, twins Fred and George in 1978, Ron in 1980, and Ginny in 1981. 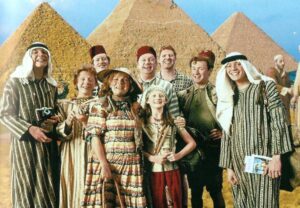 Arthur and Molly were not part of the Order of the Phoenix the first time, but Molly’s twin brothers were – and they died as heroes, fighting five Death Eaters. Although it caused Molly much grief, the entire Weasley family, except Percy, enlisted themselves in the Order when the Dark Lord returned the second time and fought valiantly to save the future of the Wizarding World.

As a big family, there is tons of information that are novel about the Weasleys, and I’m sure that as a dedicated Potterhead, you will be wont to find out! So let’s jump into THE ULTIMATE WEASLEY FAMILY QUIZ that will reveal the best-kept secrets and forgotten trivia about our favorite wizarding family. Grab your butter beers and “Accio” those wands as you rise to the challenge of crushing these questions! Let the quizzing commence. Good luck!