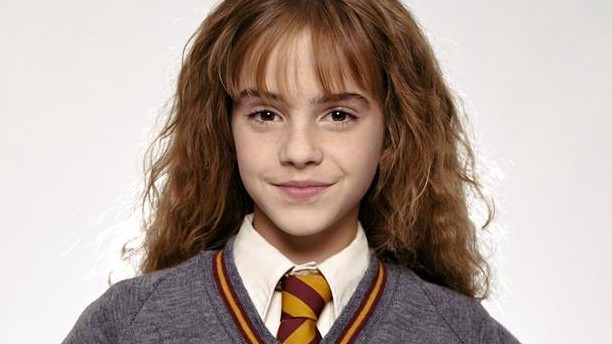 When it comes to the Harry Potter film series, moviegoers often focus on Harry Potter and the storyline surrounding The Dark Lord. But Hermione was just as much a hero in her own right. Clearly, Harry (and Ron, and probably Neville, too) would have died early into the Harry Potter series had Hermione Granger, Muggle-born daughter of dentists, not been in the picture.

She really seemed to be the driving force for good throughout the film series. She didn’t come from a pureblood wizarding family-like Ron Weasley. Instead, she was born from a Muggle family, which further added to the intrigue surrounding her character. It allowed moviegoers to see that there were people within the wizarding world that could harness magical powers without necessarily needing to come from a witch and wizard household.

She always seemed to come through for Harry Potter when he truly needed her and she was the favorite character for millions of fans. She was seen as one of the students that was truly eager to learn and Professor Albus Dumbledore even thought of her as one of the best witches of her time. 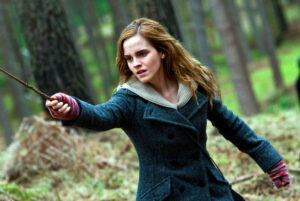 Hermione solidified herself as the nerd of the group from the very start. She had an intellect that surpassed everybody else’s; it was often mentioned and well-documented throughout the series. She made us bookworms at home feel like we had a connection with her. How daft Ron must have felt taking the mick out of her in their first Hogwarts year.

We might not have been aware of it, but we learned lessons from Hermione as we grew up. Lessons that said that it’s important to be outspoken and stubborn – it can win you even the most difficult situation. Her work ethic, her sheer will to do what she believed was right, is inspiring. In short, Hermione Granger was the real hero of the outfit. 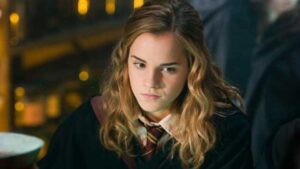 And now it’s time for you to prove that you are a true fan of the Harry Potter series in this ‘Hermione Granger Quiz’. There are 20 questions and you need to answer at least 16 to pass.