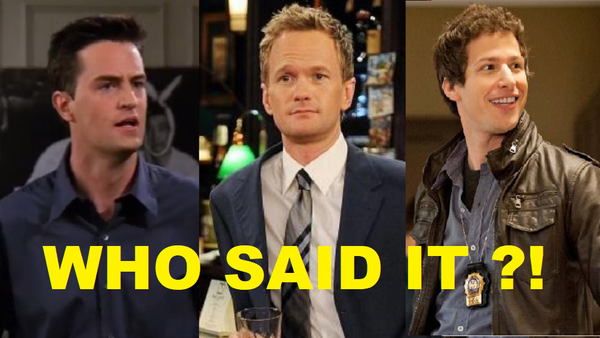 Among the pop culture sitcoms that have graced the silver screen over the last few decades, F.R.I.E.N.D.S, How I Met Your Mother and Brooklyn Nine-Nine hold their own in terms of comic relief and subjective relevance. All three shows have featured during different eras, but the one thing that they have had in common is good comedy, which has left a lasting impression on the collective cult-like fan following.

The main characters providing the slapstick element are Chandler Bing in F.R.I.E.N.D.S, Barney Stinson in How I Met Your Mother and Jake Peralta in Brooklyn Nine-Nine. All of them have their signature styles – Chandler exceedingly dry and sarcastic sense of humour, Barney’s exaggerated narcissism and Jake’s goofy immaturity are nothing alike, but they have inspired the character’s personality into one that is captivating to any audience with an appreciation for humour. Moreover, the hilarity these characters deliver is not of the cheap clowning kind; these characters underwent some of the most well-developed character arcs that arguably made them into leading men on their respective shows.

Chandler, Barney and Jake have made huge contributions to their individual shows in terms of furthering the storyline and normalising wit and sarcasm as attractive personality traits. I am sure, we each have a favourite, but can you remember the trademark lines of these three when thrown into the mix together? Turning on the “trivia press”, here is a quiz featuring the iconic lines of Chandler, Barney and Jake on WHO SAID IT? – the F.R.I.E.N.D.S, How I Met Your Mother and Brooklyn Nine-Nine edition. Hope you enjoy it!

There are 30 questions in this quiz and you need to answer at least 24 in order to pass. We hope you are ready to take this challenge. 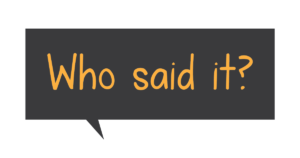 Who Said It – Chandler, Jake or Barney