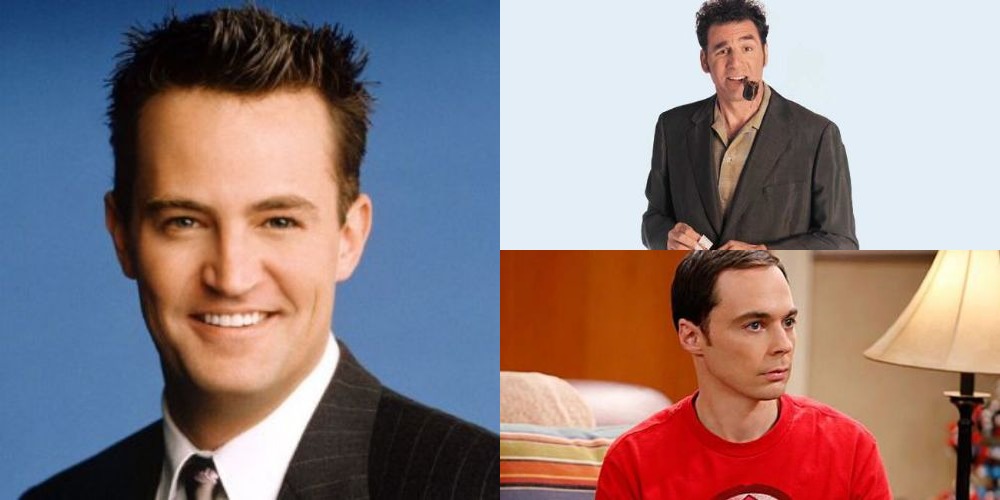 Sitcoms are widely popular around the world. They make us laugh and take away our all worries for a while. There are some characters that win our hearts through their acting skills and become a part of us forever. In this article, we will have a look at some of the funniest sitcom characters ever.

Here are the top 10 funniest Sitcom characters ever –

Candid, neurotic, but generally disposed to pursue what he perceives to be the right course, Larry often finds himself in awkward situations that arise as a result of his obstinate belief in his own ethical principles and codes of conduct, which he is nevertheless prepared to bend when it suits him. He usually has good intentions but often finds himself a victim of circumstance and social convention, as many of the people around him are also self-centered and stubborn.

9. Charlie Harper – Charlie Sheen – Two and a Half Men

Charlie Harper is a hedonistic bachelor, alcoholic, former rock-musician-turned-jingle/children’s songwriter. Despite his arrogant and rambunctious demeanor, he does possess a kind-heart, though he very rarely shows it. His lifestyle consists of living in a two-story beachfront home, drinking excessively, smoking cigars, taking drugs, constant womanizing, gambling, and usually wearing bowling shirts and shorts.

Cosmo Kramer is arguably the craziest of the Seinfeld bunch, he brings a great deal of quirk, lovability, and interest to the show’s premise. Funny, eccentric and wild, Kramer is one of the most favorite characters on Seinfeld because he’s so dynamic to the show. He is definitely one of the funniest sitcom characters ever.

The comic efficacy of Homer’s personality lies in his frequent bouts of bumbling stupidity, laziness and his explosive anger. Homer also shows immense apathy towards work, is overweight, and “is devoted to his stomach” . Homer is one of the most influential characters in the history of television, and is widely considered to be an American cultural icon.

Joey is portrayed as promiscuous, and dim-witted, but good-natured, as well as very loyal, caring, and protective of his friends. He’s a food-loving womanizer who has had more luck with dates than any of the other group members. In contrast to his “ladies man” personality, he has also a marked childish side. He enjoys playing video games and foosball.

Checkout : 15 Episodes To Friends To Rewatch

5. Barney Stinson – Neil Patrick Harris – How I Met Your Mother

Barney is a womanizer who uses many ‘plays’ in his ‘playbook’ to help him have sex with women. The character is known for his love of wearing expensive suits, laser tag, alcohol and various catchphrases, including “Suit up!”, “Legendary”, and “Daddy’s home”.

Michael is shallow, callous, ignorant and unaware of basic social norms. He tends to overestimate his own importance in the eyes of his coworkers and cannot understand why they do not share his enthusiasm. Michael believes an office should be the “place where dreams come true.” He does the best he could to make work fun. Not only that, but he makes after-hours work functions super fun, too!

Sheldon has a genius-level IQ, but displays an almost total lack of social skills, a tenuous understanding of humor, and difficulty recognizing irony and sarcasm in other people, although he himself often employs them. He exhibits highly idiosyncratic behavior and a general lack of humility, empathy, and toleration. These characteristics provide the majority of the humor involving him, which has caused him to be described as the show’s breakout character.

Checkout : 10 Shows To Watch After ”The Big Bang Theory”

Chandler Bing aka Chanandler Bong is arguably the best character on Friends. He is awkward, he makes jokes no-one else gets and is terrible at flirting. He is basically everyone’s spirit animal during their 20s.

George is depicted as a loser who is perpetually insecure about his capabilities. He complains and lies easily about his profession, relationships and almost everything else, which usually creates trouble for him later. Despite these shortcomings, George has a sense of loyalty to his friends and success in dating women.