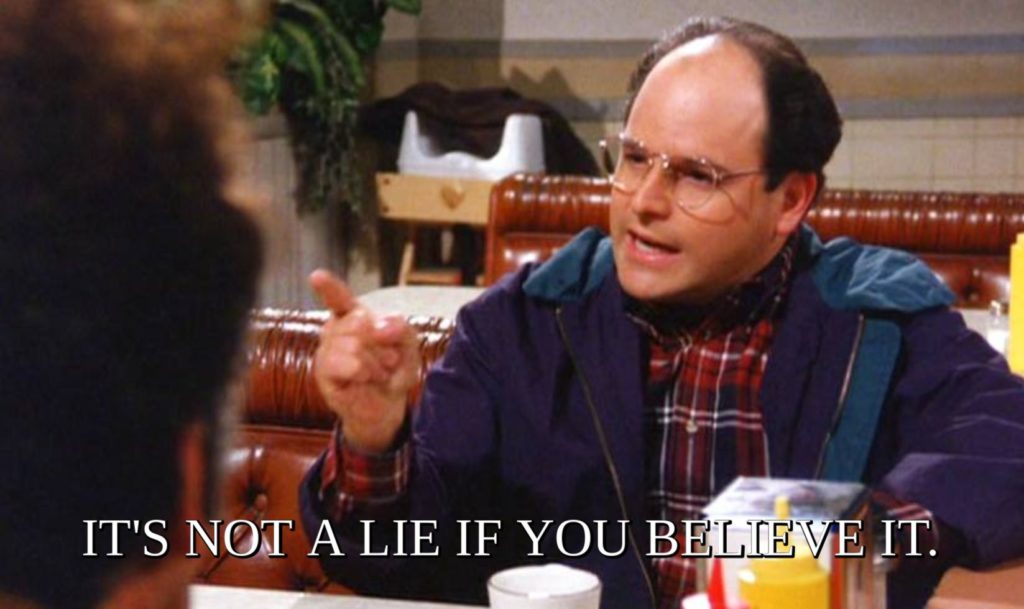 It aired 31 years ago and went on to inspire legions of imitators and disciples. During its nine-year run, it was nominated for an impressive 11 Emmy Awards for Outstanding Writing in a Comedy Series (winning twice), and is full of so many memorable quotations and phrases

It also made a load of us laugh. Below, we celebrate the best Seinfeld quotes that are still popular today. So while we miss Jerry Seinfeld, George Costanza, Elaine Benes, and Cosmo Kramer, at least we can still watch reruns and ask, “Are you the master of your domain?”

Here are the 25 best Seinfeld quotes –

20. Kramer : These pretzels are making me thirsty. 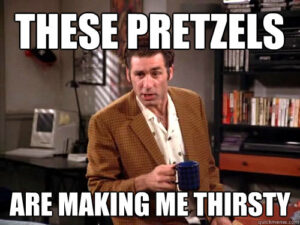 From the episode “The Alternate Side”, it was Kramer’s line in a fictional Woody Allen movie and he kept saying it over and over in different ways.

George explains about his tendency to lie… a lot

Festivus is a holiday made up by Frank Costanza that serves as an alternative to the commercialism of Christmas, it’s celebrated on December 23. The celebration includes the Festivus dinner, an aluminum Festivus pole , the Airing of Grievances, the Feats of Strength, and of course, recognition of Festivus miracles.

17. Frank : You have the chicken, the hen, and the rooster. The chicken goes with the hen… So who is having sex with the rooster?

Frank Costanza’s epic question from the episode ; The rye’. 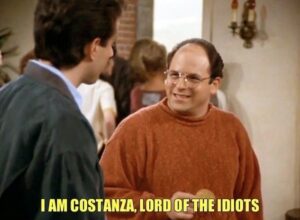 George, staring at Jerry, says “I am Costanza, Lord of the Idiots.”