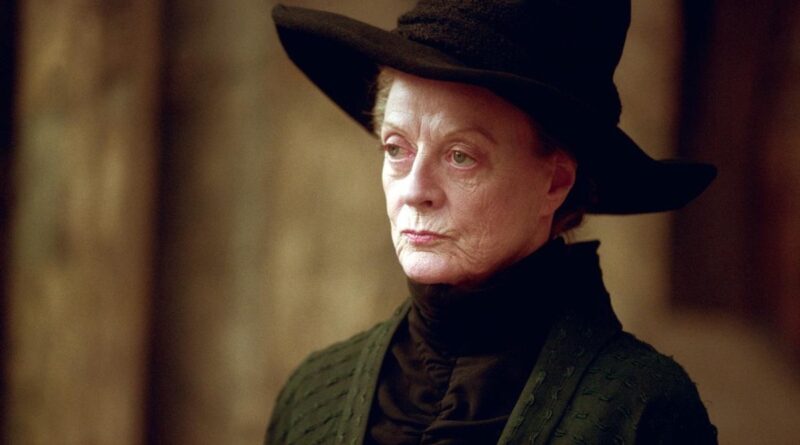 The Harry Potter series is undoubtedly the best book series in the world and the movie adaptions are the most successful adaptations as well. The books and movies are great in every possible way. They opened the gates to a whole new world and whoever read about that world became a part of it.

One more thing which is most remarkable about the Wizarding World is the characters that we meet through the course of these seven years. What’s more interesting is that all these characters are so remarkable. And today we are going to talk about one such character—Minerva McGonagall and don’t forget to take up the hardest Minerva McGonagall quiz.

Minerva McGonagall is introduced as a tabby cat in the very first part of the Harry Potter canon. And then we see her during the sorting hat ceremony. From her stern looks and demeanor, anybody can conclude her to be a typical strict teacher, and interestingly this assumption is true as she is that kind of a teacher who doesn’t tolerate any student misbehaving that is made very clear with her first interaction with the first-year students. But it does not mean she is a cold-hearted person who does not care about her students.

Like Dumbledore, McGonagall is often accused of being partial towards Harry Potter. Isn’t it obvious? From his very first year, she gives him permission to play Quidditch and then even gifts him a Nimbus 2000. But on the other hand, she is also considered to be the most neutral professor when it comes to making decisions or giving punishments to any student no matter in which house that student belongs to. And this fact is quite true as we have a lot of times she has scolded Harry, Ron, and Hermione for their misdeeds even though they belong to her house.

Another very important characteristic of McGonagall is her badass personality which does not tolerate any nonsense. Her quality to stand up to injustice is the most appreciated of all. In the Order of the Pheonix, when she stood up to Dolores Umbridge to save Professor Trelawny she won everyone’s heart. You can actually see the bravery and fierceness in her voice. Though it is a very small scene in the movie than the book it is one of the best Professor McGonagall movements in the whole series.

No doubt Minerva McGonagall is a brilliantly written character but how can we not talk about the marvelous Maggi Smith who brought to this character through her versatile acting. Can we even imagine any other actress playing McGonagall? And not only this particular role, but all the characters of the series are also a perfect fit for their roles and that’s what makes them unforgettable.

So that was it for today and now it’s time for you to take up the hardest Minerva McGonagall quiz and show your knowledge about this beloved series. There are 30 questions and you need to answer at least 24, in order to pass. Good luck and don’t forget to tell your scores in the comment section below!