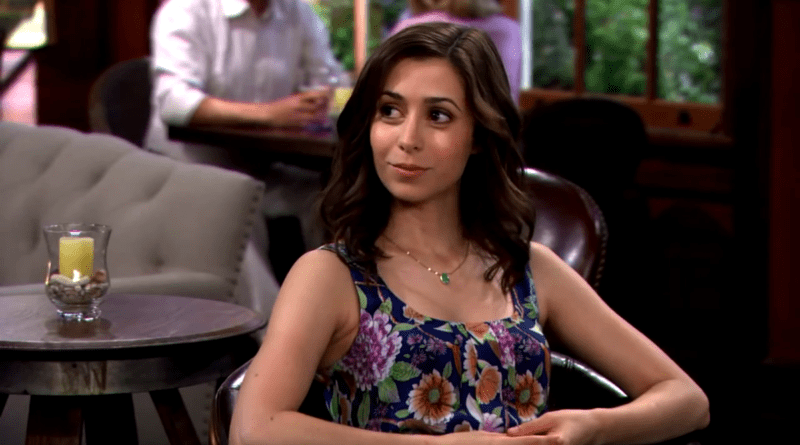 The show begins with Ted Mosby telling his children the story behind how he met their mother, Tracy McConnell, or simply “The Mother” in the American sitcom How I Met Your Mother. Though she did not have many appearances except in the final and a few small appearances in between, she did play an important role by being the suspense factor for the viewers throughout the whole show.

Each time Ted falls in a relationship, the viewers are left behind thinking that this is “The Mother” only to be incorrect till Season 9 when Tracy becomes the main character. There were quite several instances where the viewers do see and come to know about “The Mother”. Back in 2008, when she attends the St.Patrick’s day party with her roommate Kelly, she can be seen running into her previous music teacher Mitch, who she invited to her place. Tracy leaves the party also leaving behind her yellow umbrella. After having a conversation with Mitch she realizes that she forgot her umbrella, but by the time she reaches, the club has already closed. The next day when Tracy arrives to take it back, Ted had already taken it from there while he came looking for his new phone.

In season 5, Ted can be seen getting a job as a professor for architecture at Columbian University. On his first day, he walks into the Economics class instead of the Architecture class where even Tracy was present who even laughed at his infamous “shellfish joke”. After realizing that he was in the wrong class he goes out to the architecture class where he meets his student Cindy, who also was Tracy’s new roommate after Kelly moves out, with whom he starts dating. Cindy then breaks up with Ted as he and her roommate Tracy had a lot in common, and she tells Tracy that Ted was in love with her, yet Tracy doesn’t think about it much because she had found her lost yellow umbrella which Ted forgot about Cindy’s room. 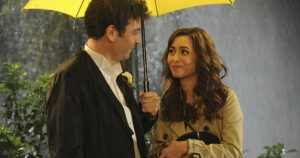 Tracy’s meet-up with Barney also played an important role in the series, as she was the one who advises Barney to go win Robin all over. After which he starts writing ‘The Robin’ which culminates with his proposal later in that year. On the other hand, Ted also can be seen deciding not to go after Robin anymore which leads to Robin and Barney getting married and eventually the meeting of Ted and Tracy. It is at the reception where Barney recognizes Tracy and tells her that he got the girl that Tracy had told him to go for. Barney also tries to patch up Tracy and Ted after knowing she was single, but it is side-tracked when Ted left. Tracy and Ted meet later that night at the station, where Ted gathers up the courage and talks to Tracy who then argues regarding the ownership of the umbrella which leads to them talking about the past and how they had met each other coincidentally and realizing that they had found each other. They then go out on a date and also have their first kiss.

In the episode “The lighthouse”, Ted and Tracy’s cab be seen standing on top of the lighthouse where Ted kneels to propose to her and he even before saying her name, she says yes multiple times and they get engaged and plan to get married in a grand ceremony in France. This plan was later postponed as Tracy became pregnant. They finally do get married in a simple ceremony which was attended by the main cast Marshall and Lilly and Barney and Robin.

How about a quiz on Tracy McConnell to boost your knowledge up about “The Mother” in How I Met Your Mother. Down below is the hardest Tracy McConnell quiz that you should attend if you are a fan of the show.

The Hardest Tracy McConnell Quiz Ever