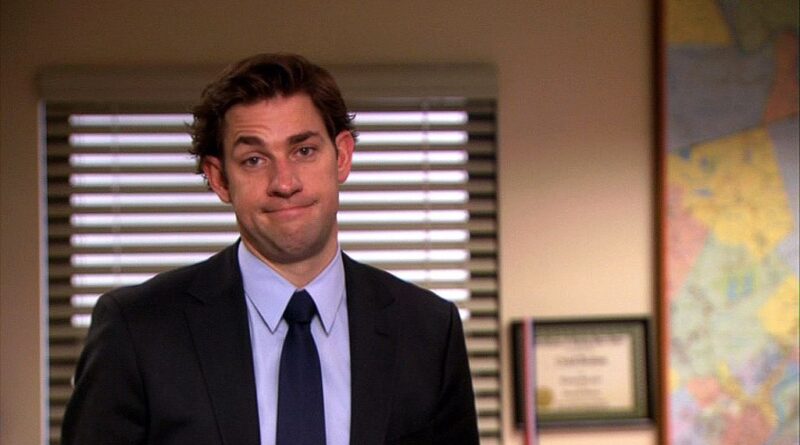 Hey guys, welcome again to yet another amazing quiz where we will talk about the most amazing and undoubtedly the most “normal” character of our favorite show ‘The Office’. Yes! We are going to deep dive into the character of Jim Halpert who is one of the most loved characters of the show and like always, we will also treat you to an insanely hard Jim Halpert quiz. But first, let’s talk about what makes Jim one of the most amazing characters of the show.

In spite of having five main characters and innumerable supporting characters, ‘The Office’ has always been very particular about its characters. As a result, all the characters of the show are totally different from each other and each one is just perfect. Jim Halpert’s character is one of a little shy, yet not so reserved and as Pam describes in the later seasons, he is the kind of person whom “everybody likes.” The character is inspired by the character of Tim Canterbury from the U.K. version of the show.

Jim was introduced as a salesman of Dunder Mifflin Paper Company who didn’t care for his job, though he is one of the top salesmen of the company. Instead, Jim loves to prank his colleagues, especially Dwight Schrute. It is made very clear from the pilot episode that Jim wants to do something big in life. But the thing that made us all love Jim was his love story with Pam which later on became one of the best storylines of the show. In the first couple of seasons, Jim was a very shy and reserved character and who never said but only hinted towards his feeling for Pam. But believe it or not, we all have been rooting for them since the first season.

Jim is not written as a typical lover boy hero of any movie, rather he is shown to understand things and the complications. This is the reason why he does not talk about his feelings to Pam for a long time. And he struggles for quite some time before confessing everything. But things remain unresolved between the two. 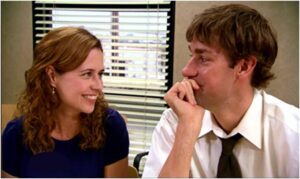 The show also introduces Karen, Jim’s girlfriend to show the actual relationship between Jim and Pam as Karen’s presence makes Jim realize that he cannot get over Pam no matter what. And that makes Pam confront Jim and things do get better between the two and a season later they are engaged!

Apart from this storyline, Jim is seen to be very popular and everyone wants to be with his friend. And Jim is perhaps the only guy in the office who has good relations with every office member. Jim’s character often creates a balance between the quirky character of the show and even seems to overpower Dwight which is the most hilarious part of the show. But his is it about Jim for now. Scroll down and do take up the hardest Jim Halpert quiz and do not forget to tell your scores in the comment section.