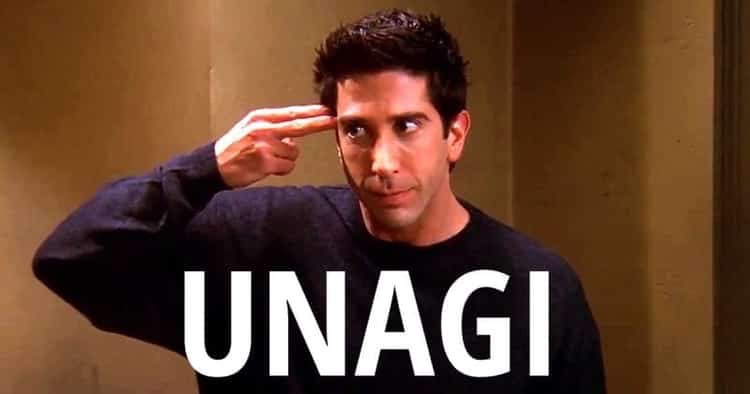 It has been more than 15 years since the final episode of FRIENDS was aired, still it remains one of the best-loved sitcoms. Everyone knows the gang: Ross, Rachel, Joey, Chandler, Monica and Phoebe, regardless of whether they watched the original episodes which started in 1994, or just caught them recently. But from 236 episodes, which are the most loved episodes of FRIENDS that you should rewatch? Have a look

Monica and Ross take this opportunity to yell out secrets about each other they have wanted to say, including Ross being fired from the museum then marrying Rachel and getting divorced a third time but only after Ross reveals that Monica and Chandler are living together.

A power outage blacks out most of New York City. Chandler, to his delight finds himself trapped inside an ATM vestibule with Victoria’s Secret model Jill Goodacre.

Once power is restored, she kisses him and leaves, which leads Chandler to talk to the bank security camera, requesting a copy of the security tape.

Ross tries to tell Rachel that he likes her. A wandering cat jumps on Ross’ shoulders before he can tell Rachel his feelings, and there is an amusing scene where he panics and flails about, trying to throw the cat off of him, causing the cat to dig its claws into his shoulder as it desperately holds on.

As a thank you for being his financial backbone, Joey gives Chandler an engraved gold bracelet. Chandler hates it but fails to be subtle about it as Joey soon hears him trashing it to Phoebe. Chandler, in his typical clumsiness, loses the bracelet so he panics and buys another one. However, he soon finds the original bracelet. Now having two, he decides to give one of them to Joey, and all is right in Joey and Chandler world again.

Rachel found a list that Ross had created in which he discussed all the reasons he shouldn’t date Rachel. Obviously hurt, Rachel tells him that they will never be a couple much to his devastation. Ross has given up hope, when Monica saves the day with the help of an unlikely ally: her high school prom video.

Ross reminisces about his former pet monkey Marcel after watching the Monkeyshine Beer ad, which happens to feature a monkey with uncanny similarities to Marcel. During a short stay in Los Angeles for a paleontology conference, he visits the zoo he gave Marcel up to, and asks for his monkey, who he can’t seem to find. The zoo owner, however, regretfully informs him that his monkey had gotten sick and died. Saddened and shocked by the news, Ross is taken by surprise by one of the zoo cleaners when the latter reveals to him that Marcel was stolen during a break-in.

Ross discovers that the monkey starring in the Monkeyshine Beer ad is actually the one he used to keep as a pet. What’s more, Marcel is in town, filming Outbreak 2: The Virus Takes Manhattan. The guys visit the set, but are not allowed anywhere near Marcel. When the gang sing The Lion Sleeps Tonight, Marcel’s favorite song, a cappella, Marcel recognizes it and re-unites with Ross.