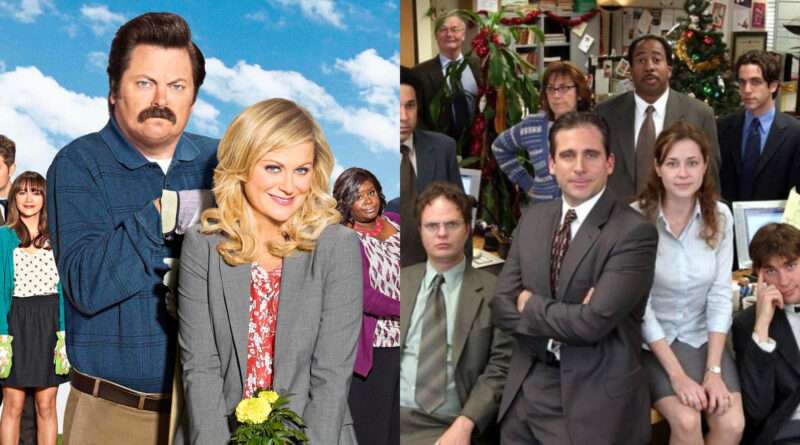 Hello guys, welcome to another very interesting quiz. Today we are going to quiz you with the most hilarious lines from ‘The Office’ and ‘Parks and Recreation’. The reason why these two shows are a perfect choice for this quiz is that there are no two shows more similar than these two. But before we jump to the quiz, let’s take a look at why ‘The Office’ and ‘Park and Rec’ are still so popular among the audience and what similarities they have.

There are innumerable similarities between the two shows because Greg Daniels and Michael Schur created both shows. First and the most obvious similarity is the fact that both the shows are workplace comedies and shot in form of a documentary. Of course, ‘The Office’ was made before ‘Parks and Rec’ and it is obvious that fans love to compare the two shows. ‘The Office’ shows the lives of a paper company whereas ‘Parks and Rec’ highlights the Park Department of Pawnee. It would not be wrong to say that if you like either of the shows, you will definitely love the other.

The second thing that binds both shows is the similarities between the two shows’ main leads i.e. Michael Scott and Leslie Knope. Both are heads of their respective offices, and both are very much the same. They both treat their employees as family and are way too involved in their personal lives. But that’s what makes them such cool characters as they are. Though Leslie is a little bit more sensible than Michael but both are known for being very much alike. 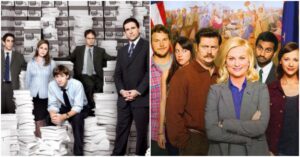 Other characters in the show are also very similar. For instance, Dwight is one of the most interesting characters in the show but so is Ron Swanson. Both these characters have their own weird yet magnetic aura which made them instant fan favorites. Actors like Rashida Jones played an important part in ‘The Office’ but she was also a leading character in ‘Park and Rec’. And interestingly her role is very much like Pam Beesley from ‘The Office’. Believe it or not, the inspiration for all these characters comes from the same source which connects all the characters perfectly.

Last but not the least, both ‘The Office’ and ‘Park and Rec’ emphasize character development and the overall show development. The character of both shows change over time but their core remains the same. They all are unique, some quite difficult to understand yet they all seem real leading ordinary lives that make them relatable to the audience. Sure some characters are more popular than others, but all the characters are essential to the story. And even some of the lesser-shown characters are fan favorites. Can you imagine ‘The Office’ without Creed or ‘Parks and Rec without Andy Dwyer?

So that was it for today. And now let’s get on with the quiz. Do not forget to tell us your scores in the comment section below.

Are These Quotes From The Office or Parks and Recreation

The Ultimate Parks and Rec Quiz