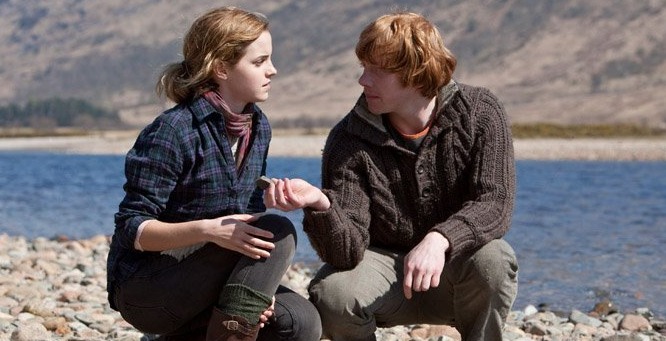 Once upon a time, an ordinary woman with a secretariat job, while on a delayed train from Manchester to London in the year 1990, conceived the character of The Boy Who Lived, and the rest is history. Written by J.K. Rowling, Harry Potter is the most widely acclaimed children’s fantasy series in the world, having sold more than 500 million copies all around the globe and being the bestselling book series in history; adapted for visual entertainment, the films have been some of the greatest box office grossers in movie history.

Harry Potter and his adventures have made for the fondest of childhood memories of a couple of generations of readers, who have grown up wishing for their acceptance letters to the Hogwarts School of Witchcraft and Wizardry and imbibed the basic values of friendship, loyalty and kindness from watching the same characters on the big screen.

Harry Potter alone would not have been able to draw out our collective awe, without the support of the most brilliant cast of supporting characters, the most prominent of them perhaps, being his two best friends in the whole wide world – Ron Weasley and Hermione Granger. Starting from the very beginning of Harry Potter and the Philosopher’s Stone, the trio have stuck together through thick and thin and saved each other and the wizarding world numerous times with their wisdom, bravery and sacrifice. 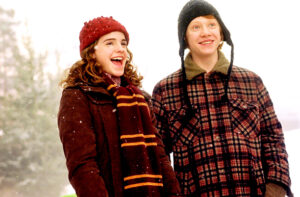 Ron Weasley is the sixth child in a family of pureblood but very tolerant wizards and witches while Hermione Granger is a muggle witch, being the first from her family, but that doesn’t stop her from being the “brightest witch of her age”. Ron and Hermione have conflicting emotions towards each other at the start; Hermione is condescending towards Ron and he calls her a “nightmare”. But after facing a troll together with Harry, they do become fast friends so much so that, in Harry Potter and the Chamber of Secrets, Ron tries to curse a fellow obnoxious classmate, Draco Malfoy, when he calls Hermione a mudblood and sadly, curses himself.

Harry and Hermione both start to visit The Burrow, Ron’s house, by the beginning of Harry Potter and the Prisoner of Azkaban and while their friendship grows stronger, it stands clear that Ron and Hermione are not just “friends”. As the story progresses, there are misunderstandings, insecurities and a lot of denials, but by the end of Harry Potter and the Deathly Hallows, the long-suppressed chemistry bursts forth and the one true pair of the entire story finally gets together. 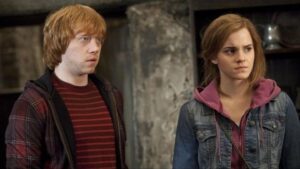 As a cult fan of Harry Potter, I have always shipped “Romione” hard. Their strong undercurrent of belonging and yet the entire will-they-won’t they scenario really made it worthwhile to watch their character arcs evolve over the storyline. I must have read the books and watched the movies about a gazillion times, but Ron and Hermione still spark the vestiges of innocent childhood romance in my heart. I am sure, as ardent fans, we all are well-versed with everything about the two of our favorite-most characters in the series, but it doesn’t hurt to freshen up the noggin with a trivia quiz, right? Hope you enjoy this HARDEST RON AND HERMIONE QUIZ EVER and that it makes you want to immerse yourself in some Hogwarts magic again!